The Bureau of Meteorology has issued a Fire Weather Warning for Tuesday for the Wide Bay-Burnett, Darling Downs and Granite Belt, Central Highlands and Coalfields, and South-East Coast.

Severe fire danger is expected with the potential for localised Extreme conditions in forested areas.

The Rural Fire Service Queensland has advised residents to:

There is a local fire ban in the South Burnett until midnight on Friday, October 18.

The ban  covers the South and North Burnett, Cherbourg and Gympie council areas.

There is a local fire ban in the Toowoomba and Southern Downs until midnight on Friday, October 11. 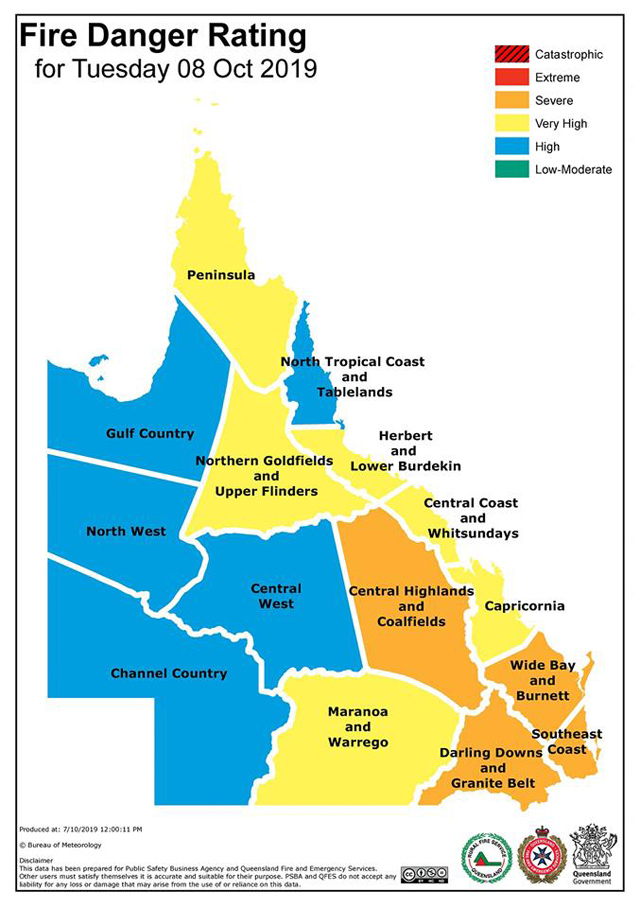