North Burnett Regional Council has joined the 32 other local government areas in Queensland which are officially in drought.

Agriculture Minister Mark Furner said he had accepted a recommendation to declare the North Burnett as there were significant concerns around pasture growth and water supplies.

“Given the deteriorating conditions since then, the committee decided to recommend the area be drought declared from September 1.

“There are now 33 councils and four part-council areas drought declared.

“These declarations represent 66.1 per cent of the land area of Queensland. There are also 23 Individual Droughted Properties (IDP) in a further eight Local Government Areas.

“In the North Burnett region, local drought committee members commented that while there was beneficial late summer rainfall and reasonable pasture response, since then, there has been little to no follow-up rainfall, above-average daytime temperatures, heavy frosts, poor pasture growth, failed winter forage and grain crops, and increasing concerns about stock, irrigation and rural water supplies.

“I’d like to remind any producer who is experiencing difficult conditions in any council area that is not drought-declared that they can apply for an IDP declaration.

“This gives them the same access to Queensland drought assistance as an area declaration.” 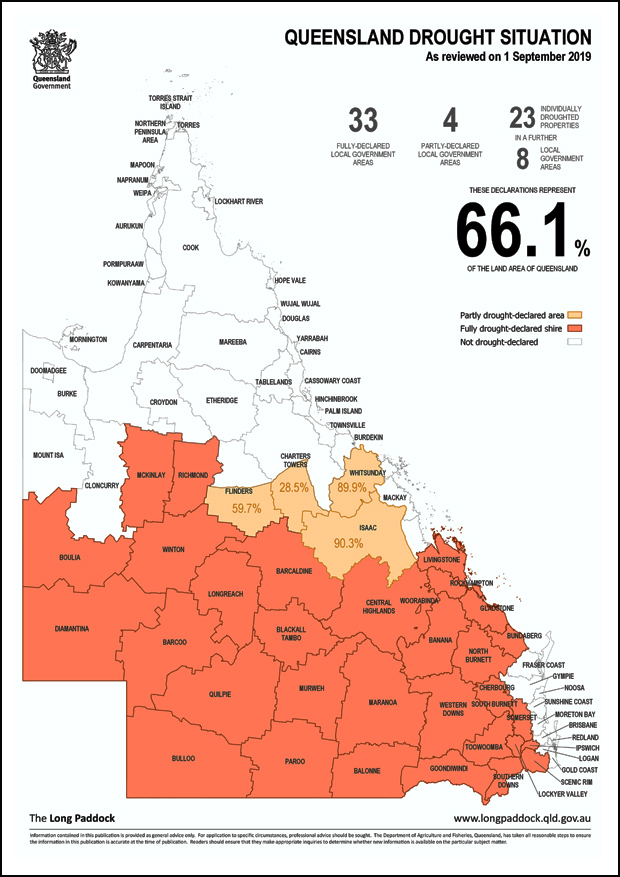 More information about Drought in Queensland can be found on the Long Paddock website: www.longpaddock.qld.gov.au