QFES announced that fire bans in the South and North Burnett, Cherbourg, Gympie and Toowoomba council areas had been extended for another week – until 11:59pm on Sunday, September 15 – due to the heightened conditions.

[UPDATE September 11:  The ban in Toowoomba and Southern Downs has been extended to 11:59pm on September 20]

On Sunday afternoon, there was a bushfire threatening Linville (see separate report) which was being targeted by water bombers as well as multiple fire crews on the ground.

At nearby Taromeo, 14 crews were battling a related blaze at 4:00pm.

On Sunday afternoon, the Goodger /  Brooklands fire, which began on Friday, took off again in the Old Taabinga Road area.

Multiple fire crews were responding to the flare up at 4:45pm.

The Hawkswood fire, which was travelling towards Monogorilby on Friday, was still burning near Barbours Road and New Cadarga Road on Sunday afternoon.

At 3:35pm, QFES and Queensland Parks and Wildlife Service crews were at the fire, which was burning within containment lines.

Meanwhile, a fire burning in the Burra Burri area was brought under control by waterbombers and firefighters on Saturday.

A QFES spokesperson said the fire, which began in the Barakula State Forest, was burning within containment lines and was posing no threat to property. 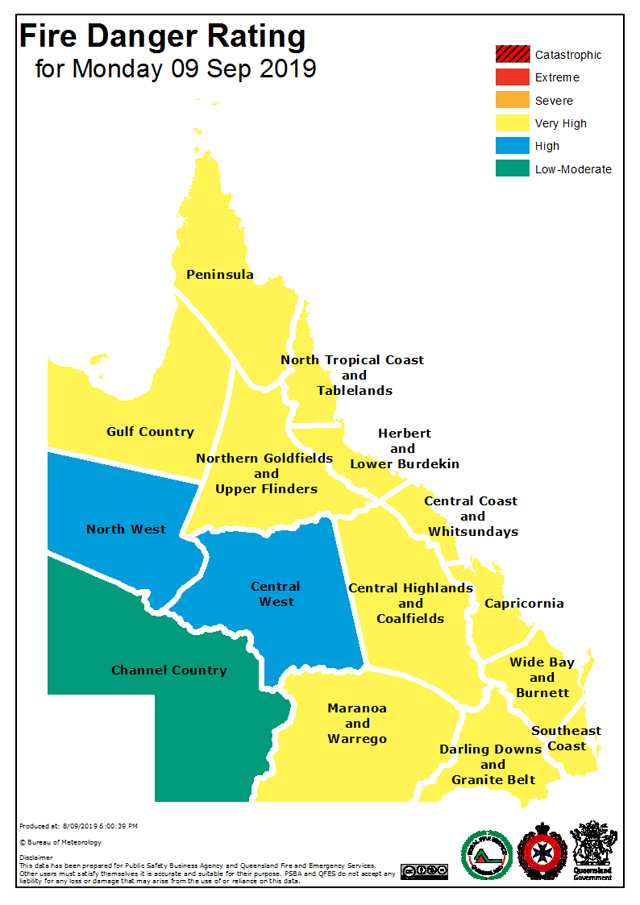 ‘Pure Luck’ No More Have Died

NaTDA Reflects On A Big Year