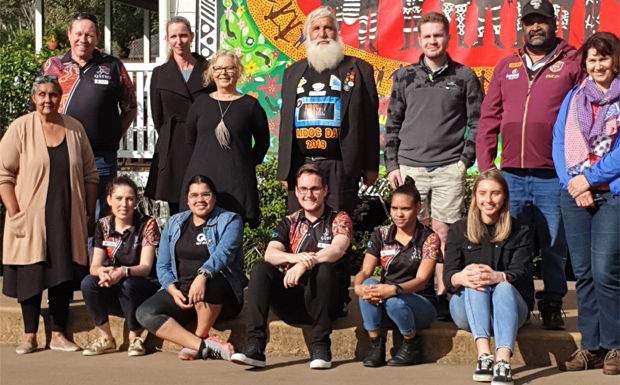 Representatives from the Queensland Aboriginal and Torres Strait Islander Foundation (QATSIF) came to Cherbourg recently to visit The Ration Shed and speak to Elders.

QATSIF is a charitable trust which was established in 2009 to provide eligible Indigenous Queenslanders with scholarships to assist them in their senior years of education.

Since then, it has supported more than 8700 students with their Year 11-12 studies, including 195 young people in the South Burnett.

Uncle Eric Law brought the Cherbourg story to life as he showed the group around The Ration Shed’s displays which explain the history of the former mission and the hardships endured by its residents.

After the tour, local Elders had a chance to hear from some past QATSIF students about their educational journey.

The four students who spoke were:

QATSIF provides two-year scholarships to support students to gain their Queensland Certificate of Education in Years 11 and 12.

Applications under Round 11 of the program are now open and close on August 23.

Current Year 10-11 Aboriginal and Torres Strait Islander students can apply for a 2020 scholarship through their schools.

QATSIF patron Cherbourg Elder and Stolen Wages campaigner Aunty Ruth Hegarty has encouraged Aboriginal and Torres Strait Islander young people to make the most of the opportunities which her and other Elders were denied.

“Go forward! Our reward is to see you succeed in whatever profession you choose. Our trust is in you, the very future of giving of yourselves to be a beacon of hope for future scholars,” she said.

QATSIF has supported many outstanding young Indigenous leaders over the years, including the highest Achieving Aboriginal and Torres Strait Islander students in Queensland over three of the past four years and 2019 Queensland Music Award winners Emily Wurramara and Tia Gostelow. 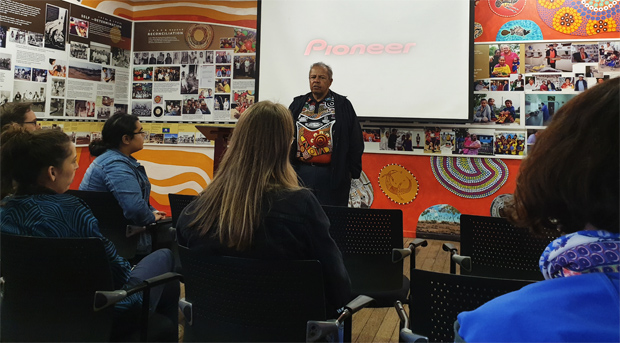