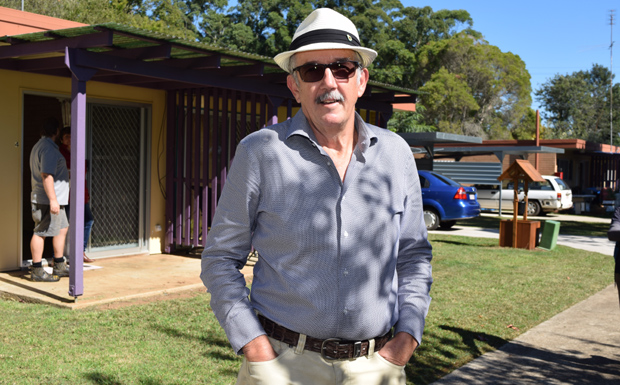 Blackbutt-Benarkin Aged Care Association president Jeff Connor at Scott Haven … the association needs to raise $50,000 by June 30 to build a $421,000 addition to the complex

The Blackbutt-Benarkin Aged Care Association (BBACA) has a difficult challenge … it needs to raise $50,000 in five months to make a $421,500 aged-care project a reality.

If they can raise the money by June 30th, the group will build a pair of two-bedroom independent living units at the Scott Haven complex in Blackbutt’s Hart Street.

But if they can’t, they may have to abandon the much-needed community housing project they’ve already laboured over for several years.

Even more heartbreakingly, it would be a project where they’ve already raised 88 per cent of the funds and just need the final 12 per cent to get over the line.

At present, Scott Haven has four single-bedroom duplex units and a house which provide affordable accommodation for aged people who don’t own their own home and can’t afford to live in the private rental market.

Most South Burnett towns have had similar facilities for decades.

But until BBACA took up the challenge, Blackbutt had none.

This meant that elderly Timbertowners had nowhere to turn if they wanted to remain in the area with their established social network.

Right now, the existing units at Scott Haven are occupied by aged singles.

But the new units will allow the group to offer accommodation to aged couples, too.

Two years ago BBACA applied to the Federal Government for funding to help make the project a reality.

In July 2017, they were awarded a $204,740 grant from the Building Better Regions Fund for slightly less than half the cost on the proviso BBACA raise a matching or higher amount.

In the 18 months since the Federal funding announcement – thanks to diligent fundraising drives and donations – they have put together almost $167,000.

But they still need a further $50,000 before June 30 to ensure the project is built before their Federal grant lapses.

“Plans have been finalized and local builders Ian and Cathy from Gilliland Homes will build the units,” BBACA president Jeff Connor said.

“They’ll be using local tradies on the project, so most of this money will flow back through our communities.

“We’ve set the timelines for a December build completion, but we still have a $50,000 shortfall in the budget.

“So this is a time where we really need the community’s help.”

“Or if every home in Blackbutt donated just $10 a month for a year we could raise that much, too.

“But that’s too simple.”

Instead, he’d like Timbertowns residents, businesses and organizations to commit to do one or more of the following:

“This means all gifts to The Blackbutt and Benarkin Aged Care Association Inc. are tax deductible,” he said.

“As a DGR, BBACA is not required to issue a receipt.

“Instead, people can use their bank statements or email notifications for claiming a tax deduction on their tax return.

“But naturally, if anyone requires a receipt from BBAC, we will certainly issue one – just email our secretary or contact Emeric Charles at the Blackbutt Post Office.”

BBACA have also set up a Building Fund account with Bendigo Bank to accept donations – not only from Timbertowns residents, but also from anyone in the South Burnett who’d like to help.

People can also go to BBACA’s Facebook page and find the Donate Button to make a donation.

A fundraising thermometer is also being built and will soon appear at Blackbutt’s IGA supermarket to track the $50,000 Challenge’s progress. 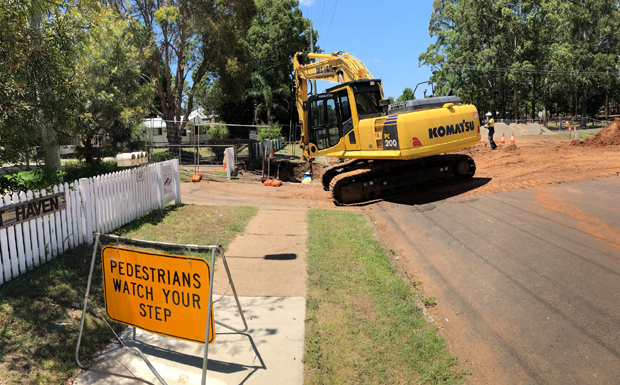 Council work crews were hard at work outside Scott Haven recently to ensure water and sewerage infrastructure will be able to handle the new units when they’re built (Photo: BBACA)