Three Lone Pines To Be Planted 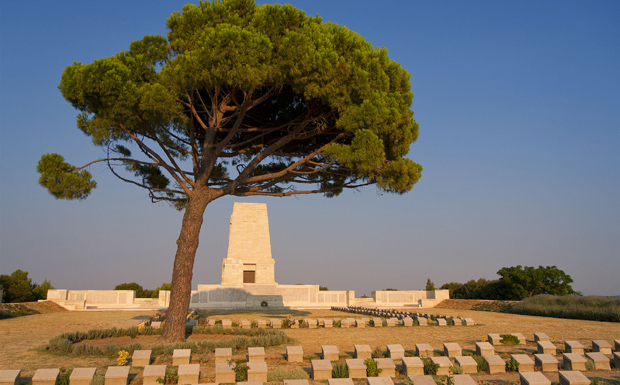 The Lone Pine Memorial stands on the site of the fiercest fighting at Lone Pine … it commemorates more than 4900 Australian and New Zealand servicemen who died in the Anzac area (Photo: Wikipedia)

Lone Pines – descendants of the original trees from the famous World War I battlefield at Gallipoli – are to be planted at three locations in Nanango.

The project has been organised by the Nanango RSL Sub-Branch.

On Friday, the Sub-Branch will holding a tree planting ceremony at St Patrick’s Primary School at 9:00am.

This will be followed at 10:00am with a tree planting ceremony at Nanango State High School.

The third tree will be planted at Karinya Aged Care at 9:30am on Wednesday, December 19, at the annual Nanango Sub-Branch and Citizen’s Auxiliary Christmas morning tea.

Opposition Leader and Member for Nanango, Deb Frecklington, will help to plant the pine alongside Karinya residents.

The ridges, which were once covered with Aleppo pine trees, had been cleared to provide cover for the Turkish trenches leaving just one, solitary pine.

This area quickly became known as Lone Pine Ridge among the allied forces.

However, the Battle of Lone Pine (August 6-9) was not the first time Anzac troops had fought on the ridge.

Lone Pine was first captured on the morning of the Gallipoli landings on April 25, 1915, but abandoned that evening.

It was then recaptured the following day, only to be given up to the Turkish forces again that evening.

After this, the Turks retained the position for the next three months, calling it Kanli Sirt (Bloody Ridge).

But on August 6, the Anzacs succeeded in recapturing the enemy trenches at Lone Pine for a third time after three days of brutal fighting in which 2000 Australians and 7000 Turks lost their lives.

The Allied Forces held on to Lone Pine until the evacuation in December 1915.

He sent them home to his mother, Jane McMullin, in remembrance of his brother Mark, who died during the fighting.

Mrs McMullin sowed several seeds from one of the pine cones, and successfully raised two seedlings.

One of these was planted at Inverell, where both her sons had enlisted.

The other was presented to the Australian War Memorial, where it was planted in the grounds.

The War Memorial, in conjunction with Canberra’s Yarralumla Nursery, now produce Lone Pine seedlings that can trace their ancestry to this tree.