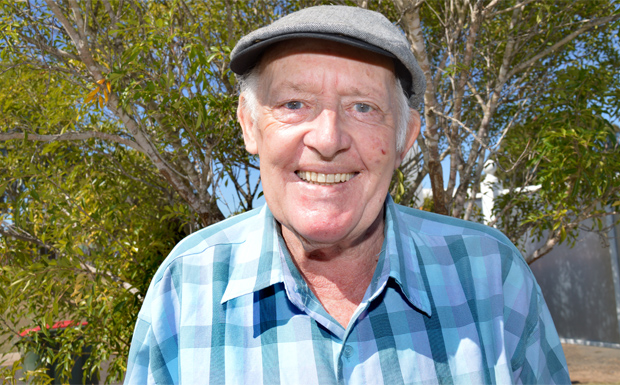 Most Maidenwell residents will remember Max Forsyth – who died recently at age 71 – as a keen exponent of native plants, or for his involvement in the rural fire brigade.

What many won’t realise is that his sudden death just after Melbourne Cup Day from pulmonary disease is also being mourned a long way away, in the Barossa Valley of South Australia.

Or that during his long involvement with the wine industry, Max was responsible for developing the “Jacob’s Creek” brand, and even the labels for Kaiser Stuhl’s “Cold Duck”.

During his career, Max worked in marketing for some of the biggest names in the business, including Kaiser Stuhl, Orlando Wines, Seagram’s Spirits, Grant Burge Wines and Saltram Wines.

His twin sister Pam and brother Don have travelled from Victoria to organise his funeral service.

Pam said her brother was raised on a mixed farm near Hamilton, in the Western District of Victoria.

As a youth, he was a very good hockey player.

After completing school, Max began work as a ticketwriter for Myers in the Melbourne suburb of Chadstone.

His work was noticed and he became involved in the development of the iconic “Cold Duck” label, which led to a full-time job with Kaiser Stuhl.

Pam said he was then “head-hunted” and joined Orlando Wines where he stayed when they were bought out by Reckitt & Colman in 1971.

Max was well-known for his palate and had a “great nose” for wine, winning tasting competitions in Victoria against some well-known “experts”.

At some point, Max grew tired of the stress of the wine industry and took himself off to Bali when he lived for several years and helped to market carvings and batik.

Coming back to Australia, he went back to the wine industry but after having a plate inserted in his ankle, he decided to look for a warmer climate than Victoria offered.

A friend, Bill Wilkinson, suggested Queensland, and they came north together, buying adjoining properties near Tanduringie Creek at Maidenwell in about 1993.

Pam said Max designed his home, which later won a Queensland award for a house under $65,000.

He was especially proud of the carefully manicured, landscaped gardens he developed on his property, which included about 5000 native plants – many of which he hand-propagated.

In 2017, Max crashed into cattle which had strayed on to his driveway at night, causing damage to his vehicle and leaving him badly bruised.

He also became involved in the Maidenwell Rural Fire Brigade, working on several fundraisers for the group, and was a foundation member of the Maidenwell Community Group.

Pam said the family would hold a memorial service for Max at his property at 109 King Road, Maidenwell, from 2:00pm on Friday, November 30.

Visitors from Victoria, NSW, South Australia as well as Max’s Queensland friends are expected to attend.