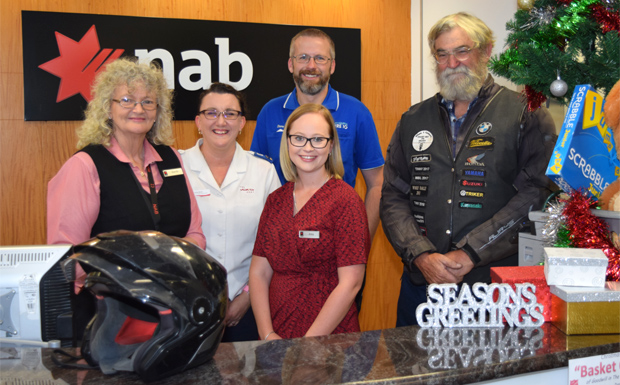 People who would like to help disadvantaged local children enjoy a happier Christmas have until Thursday, December 6, to donate a soft toy to this year’s South Burnett Toy Run.

On Saturday, December 8, motorcyclists from all over the region will be converging on Kingaroy to deliver toys to the Salvation Army that have been left for collection in the Toy Run’s “Baskets Of Hope”.

The toys will then be distributed by the Salvos to families in need in the days leading up to Christmas, ensuring that children can find something special waiting under the tree for them on Christmas Day.

The Toy Run was started several years ago by the Ulysses Motorcycle Club but is now under the stewardship of Wooroolin bike tour guide Lynnsay Fryer, who operates from Kerri B’s Motor-Bikery.

Lynnsay said Christmas Toy Runs were a motorcycling tradition, helping spread the joy of Christmas to children who were having a tough time of things though no fault of their own.

Lynnsay and his team of helpers have already organised 16 “Baskets Of Hope” soft toy drop-off points – six more than last year – from Kilkivan to Blackbutt and west to Cooyar, Maidenwell, Kumbia and Proston.

In the north they’re located at the Kilkivan Store, the Goomeri Bakery, Murgon Moto & More and Murgon’s National Australia Bank.

In the centre of the region, drop-off points can be found at Proston Rural Supplies, CROW-FM in Wondai, the Wooroolin Cafe, Kumbia Service Station, Kingaroy’s National Australia Bank, Sunshine Mitre 10 Kingaroy and the Glendon Street Cafe in Kingaroy.

On December 7, motorcyclists from all over the South Burnett and beyond will be picking up the toys.

The following day (December 8) they intend to meet up at Sunshine Mitre 10 for a sausage sizzle breakfast between 9:30am and 11:00am, then ride to Kingaroy Showgrounds to deliver this year’s collection to the Salvos at noon before concluding with a lunch at the Commercial Hotel.

In between the sausage sizzle and the Showgrounds, they’ll ride in a parade around town so spectators can enjoy the fun, too.

Last year’s South Burnett Toy Run produced a small mountain of soft toys for the Salvos, and this year Lynnsay said he’d like to see if it can break its previous record.

Motorcyclists taking part in the Toy Run will also be in the running for a “Best Decorated Bike” prize, so the procession promises to be something to see for spectators, too. 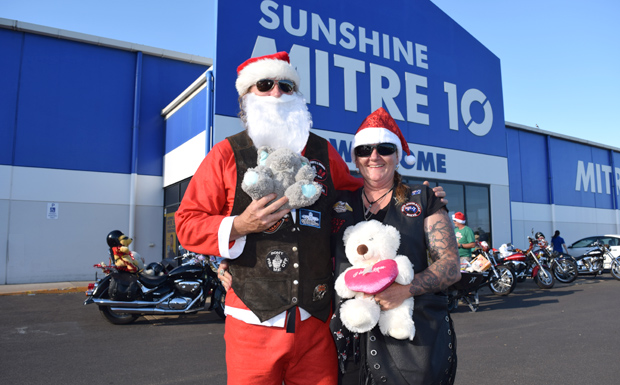