Historic Church Goes On The Market 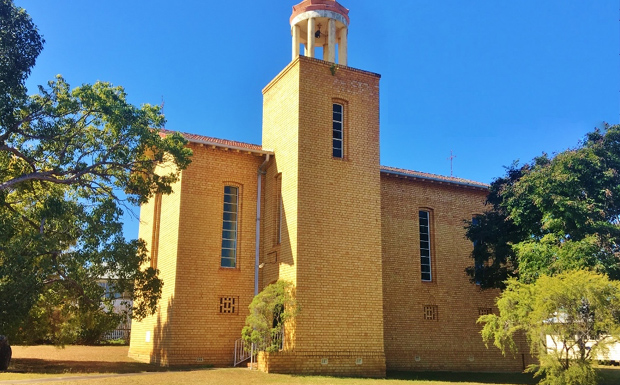 Proston’s former Shepherd Memorial Church of St Peter has been put on the market by the Anglican Church.

The building, which was built in 1939 and is listed in both the Queensland and South Burnett heritage registers, was deconsecrated in November 2015 due to declining attendances.

However, it was unable to be sold until church officials were able to locate and re-inter the remains of the building’s benefactor, Charles Shepherd.

In 1935 Mr Shepherd, a reclusive bachelor without any heirs, bequeathed the church £10,000 to construct the building on condition he be buried beneath it.

But at the 2015 deconsecration ceremony, Mr Shepherd’s body could not be found in the church mortuary where it was commonly believed to have been laid to rest.

This sparked an intensive 32-month search which only came to an end in July this year after the Anglican Church received a tip-off from a woman who had been present at Mr Shepherd’s original interment.

She told church officials Mr Shepherd’s remains were buried in another part of the building’s foundations.

The Anglican Church then brought in ground-penetrating radar equipment to locate an underground anomaly consistent with a formal burial site.

Mr Shepherd’s remains were finally reinterred at the Proston Lawn Cemetery on July 18 in a ceremony presided by Bishop Cameron Venables and Archdeacon Mark Carlyon, and attended by about 20 Proston locals.

This burial was the final step in the deconsecration process, and the building has now been listed for sale with L.J. Hooker Kingaroy.

In addition to the church, the property includes chancellery furniture, three blocks of land, and a timber church hall that was added to the rear of the complex in 1969.

The asking price is $120,000, which reflects the constraints the building’s heritage listing will impose on any new owner. 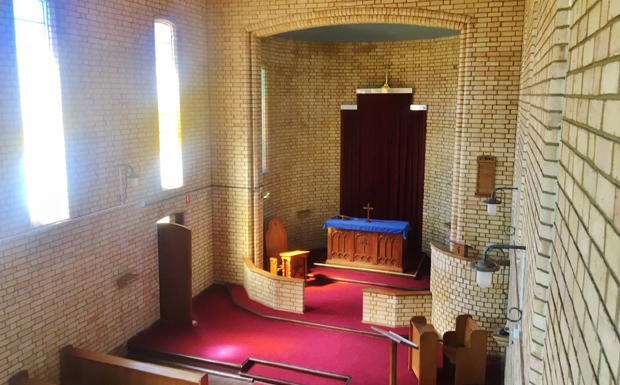 An interior view of the heritage-listed church, which was designed by Brisbane architect Joseph Fowell and won him a Royal Australian Institute of Architects award in 1940 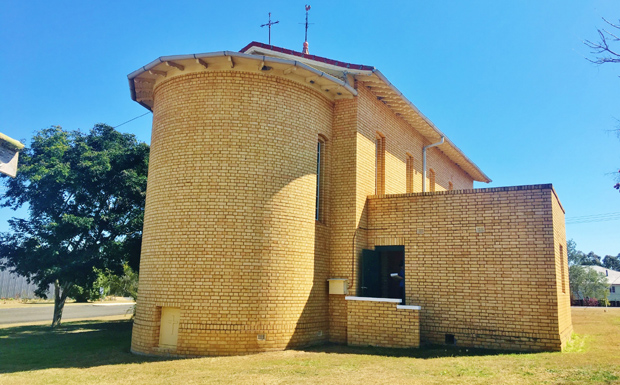 A rear view of the church, which has become an iconic Proston landmark over the past 79 years

2 Responses to Historic Church Goes On The Market