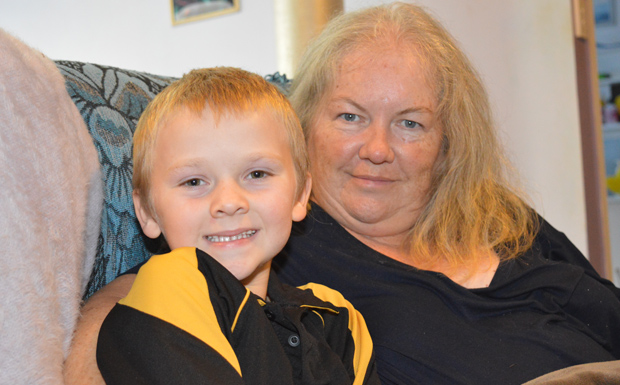 Codi Green, 7, with his aunt Roselyn Hartley on Monday … Codi managed to get Roselyn away from the flames and exploding butane gas canisters 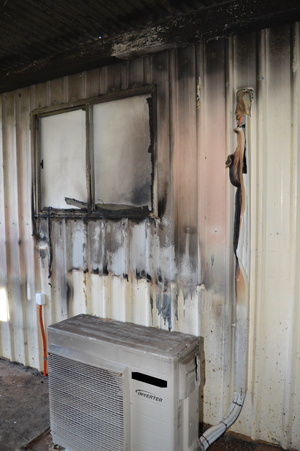 The scorched wall and window above an air conditioning unit … debris from the fire, including a shelf, tarpaulins and the gas canisters have been cleared away

A seven-year-old Blackbutt boy is being hailed as a “genuine little hero” by his mum after he managed to get his aunt out of a potentially dangerous house fire on Sunday afternoon.

His aunt, who was recovering from leg surgery and couldn’t walk, was asleep inside the building at the time.

Codi Green was playing in the backyard of his gran’s house in Janice Court, Blackbutt, about 3:40pm when he noticed smoke rising from his aunt Roselyn Hartley’s house just up the hill.

“I thought, ‘Roselyn doesn’t have a fireplace’,” Codi told southburnett.com.au

“The smoke was going higher than the tree.”

Codi ran up from the backyard to see what was happening but as he was turning a corner near Roselyn’s building, there was a loud bang.

Butane gas canisters that had been stored on a shelf outside the house had begun overheating and exploding.

Despite this loud explosion, Codi kept on going …

“I ran into get her out and grabbed her before she catched (sic) fire,” Codi said.

Roselyn was startled into action.

“Codi came in and said ‘we’ve got to get out’ and that’s when the explosion happened,” Roselyn said.

This second explosion smashed a window on the side of the verandah near where they were.

After he got Roselyn out of the building, Codi rushed back in to get her walker (“because she can’t walk without it”).

“Another bang happened and I felt the ground rumble like an earthquake,” Codi said.

Roselyn then managed to ring Triple 0 and the Fire Brigade were quickly on the scene.

It has been a tough time for Evelyn and Roselyn lately. The sisters lost their father Jim Wilson just three weeks ago.

If Codi hadn’t spotted the smoke, and if the canisters had exploded at a different time, there could well have been a tragedy.

As it is, the fire scorched an external wall of the building, damaged some windows and charred a roof beam.

[UPDATED: An earlier version of this report included the fact a QFES spokesman told southburnett.com.au on Sunday evening it was believed the fire had started in an air-conditioning unit. The family has since contacted us to say this is definitely not the case, and the cause is unknown] 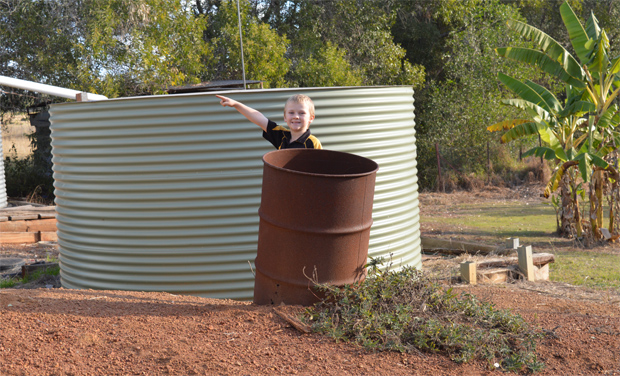 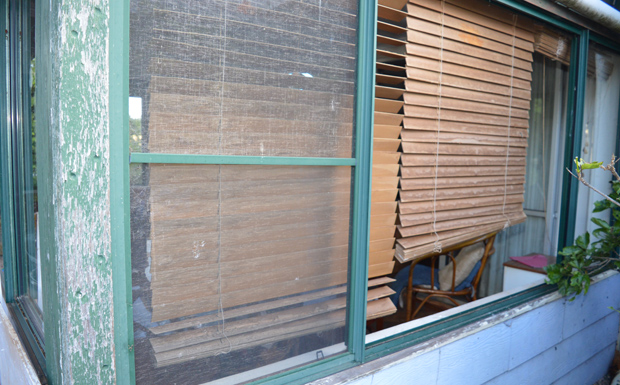 One Response to Codi’s A Real Little Hero