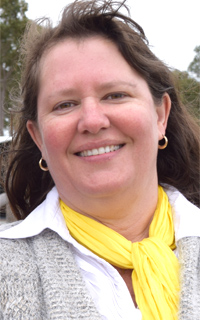 Volunteer members of a committee that recommends funding for local arts programs are in shock after South Burnett Regional Council sacked them and replaced them with Council staff.

They now suspect Council’s involvement in the Regional Arts Development Fund (RADF) program – which has funded many local arts projects over the years – may soon come to an end.

At Wednesday’s Council meeting, Councillors were presented with the minutes of the RADF Management Advisory Committee’s most recent meeting on April 24.

They showed that Arts Portfolio chair Cr Danita Potter – who also chaired the committee – had wound the group up.

“Given the discussions with the committee over the past 12 months and that Council’s arts development focus is delivered by the Economic Development branch, it is timely to dissolve the RADF Management Advisory Committee,” Cr Potter was minuted as saying.

But former committee members have a different view.

Val McGrath, from the Blackbutt Art Gallery, said she had been told committee members needed to resign, then reapply, and was under the impression this was just a formal procedure the Council needed to undertake with any of its advisory committees from time to time.

But this view had now changed after she had received no advice or approaches on how to reapply.

Elaine Madill from the Wondai Regional Art Gallery said she had an inkling the Council’s real plan was to eliminate the committee.

“I have been on the RADF Advisory Committee since before the Council was formed, and I had a suspicion they were going to sack us,” Elaine said.

“Some former members could smell the way the way the wind was blowing and resigned months ago, and it looks like they were right.

“So I made sure I attended the last meeting to see what was happening first hand.”

Elaine said she had already been in touch with Brisbane’s Gallery of Modern Art (GOMA) and will be holding a workshop at the Wondai Regional Art Gallery with GOMA representatives on May 29 to explore possible solutions for the region’s arts community that do not involve either RADF or the Council.

Val said she was surprised the Council felt its staff had enough expertise to assess RADF grant applications, let alone the money it would cost to have Council staff do this when qualified volunteers had been doing the work for free.

“We had a grant application recently for an area of the arts I’d never heard of before, and neither had anybody else,” Val said.

“Fortunately one of our committee members did know a bit about it, and it went on to get approved and it turned out to be a very good project.”

Val said she said she didn’t think any of the Council’s staff would have the same level of arts expertise to form a sound judgment if a similar situation occurred again.

She also wondered if Arts Queensland would accept an RADF program being run by Council staff attached to an Economic Development unit with no professional arts experience.

Cr Danita Potter defended the decision to axe the Advisory Committee but said the committee’s sacking was not necessarily the end of the road.

“We are required to form a new Management Advisory Committee every two years, so everyone would have had to stand down anyway,” Cr Potter said.

“We also felt keeping this program under the wing of Council’s Corporate Governance section was inappropriate, because several Councillors are involved in the arts themselves.

“For instance, Cr Duff is very involved in silversmithing, Cr Fleischfresser paints and Cr Heit is a patron of the Wondai Art Gallery.

Cr Potter said it would be up to Mr Tunley to form a new Management Advisory Committee but she did not know how or when this would happen.

She also did not know what would happen if Mr Tunley was unable to secure suitably qualified volunteers to sit on a new RADF Advisory Committee.

Cr Potter said the main reason Council had dramatically scaled down its RADF contributions was that it had been unable to find enough worthwhile projects to fund.

“We had a lot of unspent funds in previous years, and we were going to lose Arts Queensland funding if we didn’t get through it, so we scaled it back,” she said.

“This year we’ve applied for $5000 more than last year, but we’ll have to wait until the end of this year to know if we’ve got it or not.”

RADF is a partnership between Arts Queensland and Queensland councils. Its aim is to promote the professional development of artists, arts groups and art-related projects in regional Queensland.

Arts Queensland contributes 60 per cent of the funds for the program, and Councils make up the balance.

A volunteer committee made up of professional arts practitioners is then supposed to advise whether applications to receive RADF funding for arts projects are worthwhile or not.

Since its formation in 2008, the South Burnett Regional Council – like the former Kingaroy, Nanango, Wondai and Murgon Shire Councils – has been part of the RADF scheme.

Last January, South Burnett Regional Council slashed its annual contribution to just $5000 and changed the rules about how the program was administered in the region, limiting the maximum amount of funding it would give any project to 50 per cent of its total cost.

In comparison, in 2013-14 Council put $40,000 into RADF which saw Arts Queensland tip an extra $60,000 of its own funds into the South Burnett and artists receive up to 100 per cent funding for arts projects.