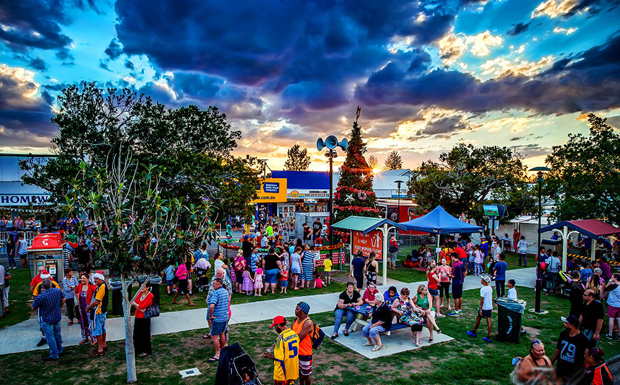 Sherianne Talon's iconic photograph of the Murgon Christmas Fair was produced as part of the Dual Arts project in 2015, which was funded with a $25,000 RADF grant (Photo: Sherianne Talon)

The South Burnett Regional Council announced on Wednesday it will make further cuts to its Regional Arts Development Fund.

At that time the South Burnett ranked next to the Sunshine Coast as one of most arts-supportive councils in regional Queensland.

RADF was designed to support professional artists and arts practitioners in regional Queensland, and has been in existence since 1991.

In 2014 the RADF program’s rules were revised by Arts Queensland to allow local councils and communities to have more say in how to structure and deliver the program to best suit their own needs.

This change meant that RADF funding may now operate differently from one council to the next.

At its January Council meeting, Councillors voted to adopt a new set of guidelines for how the RADF program would operate in the region in future.

The new guidelines scaled back the types of activities the South Burnett’s RADF program would support to just two:

The new policy also dictated that successful grant applicants could only apply for a maximum of 50 per cent of their project’s costs, rather than up to 100 per cent as had previously been the case.

At the time the policy was changed, Mayor Keith Campbell told southburnett.com.au the Council had reduced the amount it applied towards RADF because it had been unable to attract enough quality applications in previous years to exhaust the fund.