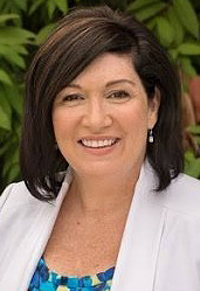 New tree-clearing protections will take effect from Friday, March 9 after a number of reforms to existing laws were introduced in State Parliament on Thursday.

“These laws will protect our climate, our wildlife and our Great Barrier Reef, and the tens of thousands of jobs that depend on the Reef,” Dr Lynham said.

“Landholders will still be able to maintain their land and clear fodder trees to feed their stock, and the majority of landholders will continue to do the right thing, as they do now.”

Environment Minister Leeanne Enoch said the government’s policy was based on science.

“The changes proposed in this legislation are backed by science and have been expertly prepared by the Queensland Herbarium and peer reviewed by the CSIRO,” Ms Enoch said.

“In 2015/16, close to 400,000 hectares of vegetation was cleared – that’s more than twice the area of Brisbane and seven times the size of Rockhampton,” she said.

“If the current clearing rate continues, it will drive native wildlife to extinction, put jobs reliant on the Great Barrier Reef at risk, drive up Australia’s greenhouse gas emissions, and prevent Australia from meeting its international climate commitments.

“This policy forms part of a suite of initiatives the State Government is delivering to protect our environment, tackle climate change and reduce carbon emissions.”

Among the changes, the proposed laws will:

Dr Lynham said the government was meeting its election commitment to retain accepted development codes that are supported by science.

“The improved maps now reflect the best available sciences and will support landholders to manage their land,” he said.

“Landholders will continue to have certainty about what they will be able to clear in the future because we are retaining Property Map of Assessable Vegetation (PMAV).”

Some aspects of the proposed legislation take effect immediately, and the Bill will now go to committee hearings, including public hearings and submissions.

The proposed changes to existing tree clearing laws have outraged the Opposition and farming groups.

On Thursday, Opposition Leader Deb Frecklington said she would fight tooth and nail to defend farmers and their property rights.

“Labor’s proposed vegetation management laws are offensive and I will fight them at every turn.

“Instead of supporting farmers, Annastacia Palaszczuk is tying them up in more red tape and threatening their ability to grow the food we put our tables and the fibre we put on our backs.

“I will do all I can to convince Queenslanders that this legislation is bad, not just for regional Queensland but the South East as well.

“It will affect housing affordability, it will affect food security and it will make battling drought much more difficult.

“We need less emotion and more facts in the vegetation management debate.

“The fact is that over the last 3 years, since the LNP’s balanced vegetation management laws were passed, the clearance rate is 17 per cent lower than the long run average.

“Protecting the reef is vital but scaremongering about the impact of farmers is disgraceful.”

“This is a real kick in the guts for North Queensland where so many farmers are keen to grow more food for our state and for export,” Mr Last said.

“They’ll mean Queensland will be forced to import more fruit, vegetables and nuts, even though we have the ability to grow our own here.

“Smashed avocado, mango salsa and chocolate-covered macadamia nuts are better if they come from Queensland.

Ms Frecklington and Mr Last said a petition is now up at fightforfarmers.com.au and are encouraging Queenslanders to download and share the Fight for Farmers video. 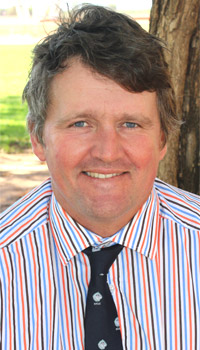 AgForce is also highly critical of the new reforms, saying they will make it harder for farmers to produce food, shut down new agricultural development and won’t deliver the best outcomes for the environment.

“Farmers sustainably produce the great food and fibre consumers demand by managing vegetation on their land,” he said.

“Farmers love and care for their land, and just want fair and workable laws so we can grow more food, create jobs and look after the environment without being strangled by red tape.

“The Palaszczuk Government’s laws won’t achieve that balance and will instead make it harder for farmers to do our job and make it harder to maintain healthy, productive and biodiverse landscapes.

“The scrapping of the high value agriculture process will stop new and sustainable development opportunities, particularly in the north, where people are crying out for new jobs.”

Mr Maudsley said the Queensland Government’s own figures showed just 0.23 per cent of the state was being cleared and that didn’t take into account how much vegetation was growing at the same time.

“AgForce has always said we are willing to engage in a science and evidence-based process on this issue, which means looking at all the facts, including how much vegetation has regrown and why vegetation is being managed, not just how much has been cleared,” he said.

“Farmers on the ground can point to parts of their properties where trees and shrubs are thicker than ever and are rapidly encroaching on the semi-open woodlands and naturally open grasslands where cattle and sheep graze.

“Unmanaged vegetation doesn’t deliver the best environmental outcomes and reduces the ability of farmers to grow food for their family and yours.”

Mr Maudsley said the flawed laws introduced today were worse than those quite rightly rejected by the last Queensland Parliament and should be rejected again.

“The legislation that was introduced today includes interim codes that come into place tomorrow morning,” he said.

“There are currently no guidelines or support available to producers to understand their obligations within the interim codes, so what confidence can we have in this Government to support Queensland’s fastest growing industry?

“AgForce is once again asking the Palaszczuk Government to show real leadership and work genuinely with those most affected by these laws to come up with a long-lasting solution to this issue.

“Our proposal focusses on land management plans with defined environmental and agricultural production outcomes that would be agreed to by both farmers and the Queensland Government.

“It would be a win for farmers, a win for the environment and a win for Government.

“Is the Palaszczuk Government willing to work with farmers to get this sorted once and for all or will green politics trump good policy yet again?”