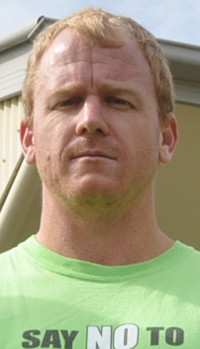 The Electrical Trades Union has marked the fifth anniversary of the announcement of the mothballing of two units at Tarong Power Station with a strident – if confused – attack on the LNP.

On October 11, 2012, Stanwell announced that Unit 2 and Unit 4 at Tarong Power Station would be withdrawn from service in October and December that year for at least two years, or until wholesale electricity demand improved.

By May 2013, the ETU was blaming the decision to shut down the two generating units for a subsequent hike in electricity prices.

On Wednesday, the ETU praised the Palaszczuk Government for bringing local jobs back to the community by putting the two power station units back online.

However, southburnett.com.au has confirmed that Unit 4 came back online in July 2014, while the Newman Government was still in power, and Unit 2 in February 2016 (although preparations to achieve this had begun many months earlier).

The State Election was held in January, 2015.

The ETU said taking the two units offline had been designed to raise Stanwell revenues prior to the Newman Government’s planned privatisation of the company.

“Five years ago the wannabe leader of this State (Tim Nicholls) rubber-stamped placing these units into cold storage in order to fatten up the price of Stanwell for his Strong Choices privatisation plans,” ETU Organiser Jason Young said.

“All the while local Member Deb Frecklington – who is now the wannabe deputy leader of Queensland – stood by and did nothing to stop jobs being gutted from her electorate.

“Thankfully the Palaszczuk Government has reversed this disastrous decision, which drove up electricity prices, and has put both units back online and helped bring these jobs back to Tarong.”

One Response to Union Marks Anniversary With Attack