Region Gets Another $4.3m Windfall 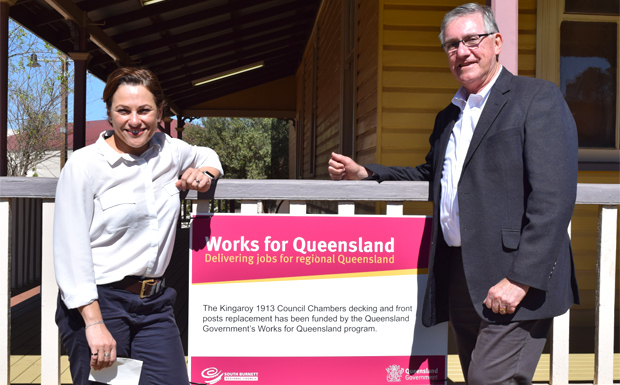 Deputy Premier Jackie Trad visited the South Burnett on Friday, and was given a short tour by Mayor Keith Campbell of some of the Works For Queensland projects the State Government has funded

Deputy Premier Jackie Trad paid a flying visit to the South Burnett on Friday to announce the State Government has approved the Council’s second list of Works For Queensland projects, worth $4.385 million.

The South Burnett Regional Council will receive the money over the next two years to undertake outstanding capital works projects ranging from gravel resheeting, footpaths and drainage through to building repairs and upgrades.

The pair took her on a tour of projects that had been undertaken during the previous year using an initial $4.2 million given by the State Government to Council in Works For Queensland’s first round.

One of these was the South Burnett Rail Trail, where Mrs Trad and the Mayor met up with a couple of surprised tourists who had come up from Brisbane for a few days to try it.

They told Mrs Trad and the Mayor they thought the South Burnett Rail Trail – the only sealed rail trail in Australia – was the best they’d ever been on.

Mrs Trad said the Works For Queensland program had been developed in partnership with councils to provide a stimulus to regional economies, which was why south-east Queensland councils were excluded from the program.

Works For Queensland allowed regional and rural Councils to tackle outstanding infrastructure maintenance projects they had been forced to defer through lack of funds.

The program also helped support jobs, and in the South Burnett’s case Mrs Trad estimated the latest two-year grant would help support as many as 30 jobs, in addition to local suppliers.

Mayor Campbell said he had previously praised the State Government for introducing the Works For Queensland program, and was happy to reaffirm his support.

The program had allowed the Council to tackle 39 projects in the first round – some of them urgent – and would allow it to complete another 28 projects in the second round.

“Everyone in our region will benefit from this,” the Mayor said. 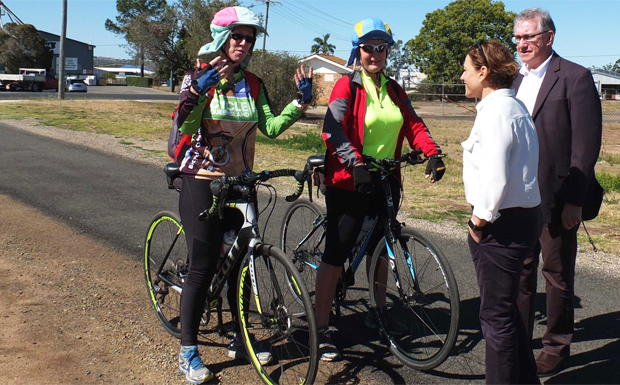 2 Responses to Region Gets Another $4.3m Windfall