Wondai’s Cadets Put On A Show 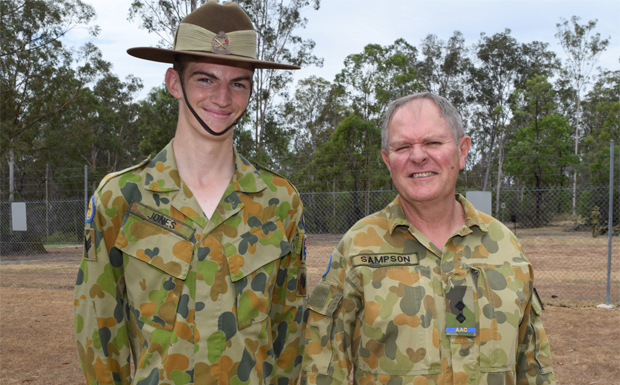 Warrant Officer Sgt (AAC) Decklin Jones, from Wooroolin, and Officer In Charge Lieutenant (AAC) Andrew Sampson are ensuring Wondai's 135 Army Cadet Unit has a long future ahead of it

Wondai’s 135 Army Cadet Unit held a Come and Try Day on Sunday and it attracted a good number of parents and their children, all keen to see what army life has to offer.

But anyone thinking of joining will need to sign up quickly.

The unit can only take a maximum of 39 cadets between the ages of 12.5 and 17, and it already has 25 of those places filled.

The Come and Try Day marked a remarkable turnaround for the unit, which was at risk of closure in 2014 when former Officer In Charge Captain (AAC) Peter Schneidewin was unexpectedly transferred to Toowoomba.

When no replacement stepped forward, it seemed the unit would have the shut its doors in 2015.

But the Wondai community proved it wanted to keep the unit operating when more than 30 local residents attended an emergency meeting in November 2014, and 18 volunteered a commitment to the unit which ensured the key command, training, administration and logistics roles could be filled.

Captain Schneidewin, assisted by Sergeant Andrew Sampson from the Army Reserve, said they would continue to help out at the unit for a year to train the volunteers, and by the end of 2015 everything was operating at full steam.

Sergeant – now Lieutenant – Sampson has now become the unit’s new Officer In Charge, and Sgt (AAC) Decklin Jones from Wooroolin is now the unit’s Warrant Officer, in charge of training the cadets.

The unit now also has a succession plan, of sorts.

Sgt Jones said that when he finishes with the cadets in a few years, he thinks it’s very likely his brother will step into his shoes.

And if the unit always keeps an eye to the future, Sgt Jones is sure there should be a steady supply of replacements coming up through the ranks to fill any future vacancies.

Thoughts of the unit’s narrow escape from oblivion were far from everyone’s minds on Sunday, though.

The roomy Bramston Street base is a former army depot, located between Wondai Hospital and a large forestry area.

This gives the cadets a lot of bushland to march through without disturbing their neighbours, and plenty of room to practice the many skills that military life would demand of them.

At the Come and Try Day they were busy demonstrating everything from bush craft to first aid, and camouflage to catapults, while Lieutenant Sampson talked to parents and potential new recruits about the opportunities the unit offered its charges.

Most cadets southburnett.com.au spoke to had been with the unit for between 2 and 4 years, and said they enjoyed it.

The cadets said they learned a wide range of useful skills at the unit, and had a lot of fun on the regular camps and at the public events the unit is involved in. 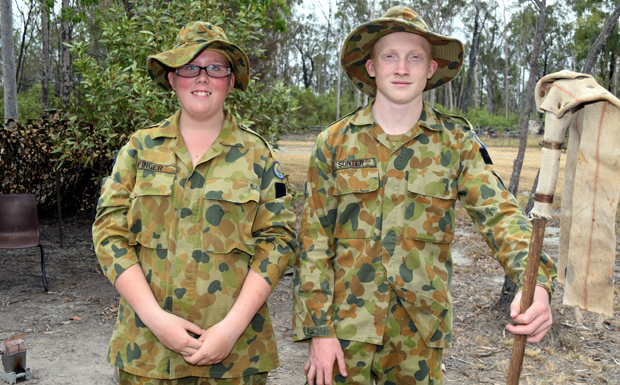 Cadet Shakira Finger, from Wondai, and Corporal Jordan Sonter, from Kingaroy, were demonstrating how to set up a bush camp safely ... an important skill when you camp out in the forestry 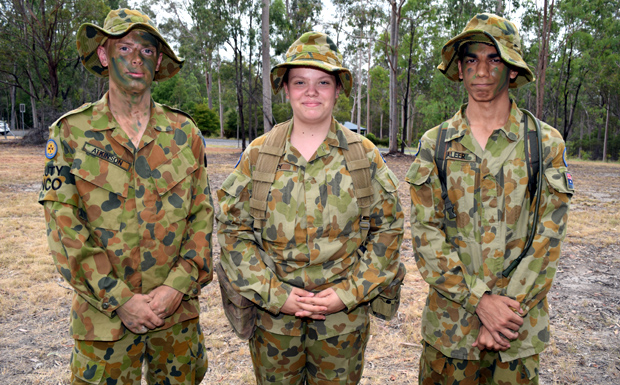 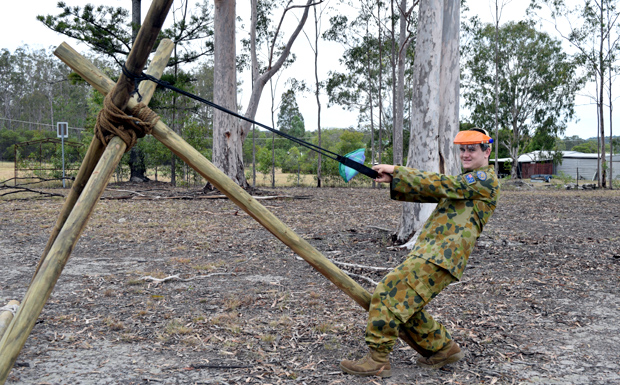 Cadet Daniyel Byrne, who has been with the unit for 3 years, demonstrates how to fire one of the two catapults ... 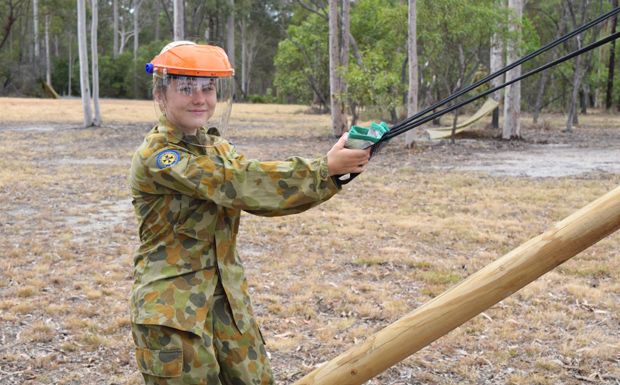 ... while Cadet Rhiannon Lanser, from Tingoora, fires the other one - dressed for safety, of course 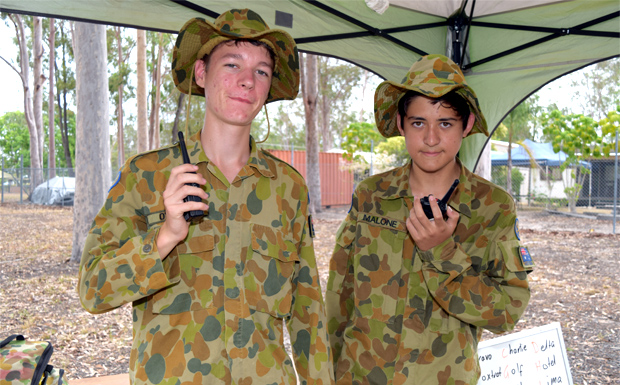 Cadets Wade O'Brien, from Wondai, and Mitchell Malone, from Proston, were kept busy giving first aid demonstrations in a field tent, which included radioing for a medevac