The earliest form of baking began with Stone Age farmers who created the first flat bread.

It was a porridge made from grain and water, spread thinly on hot stones.

However, it wasn’t until 5000 years ago that Bronze Age humans discovered that inverting a pot over hot stones formed a primitive oven.

The Egyptians were the first to experiment with the effects of yeast on bread dough.

During medieval times, a distinction was made between bread and cakes, with additional ingredients such as sugar, vanilla and cocoa being introduced to bakery.

Biscuits are believed to have been developed in the 18th century.

I consider baking the most therapeutic of all cookery techniques.

However, I remember my first attempts were complete disasters. I must have looked a little like the Stone Age baker.

Unfortunately it is the disasters that often turn people off bakery right at the start.

The fact is that the main ingredients used for bakery (flour and butter) are probably the most temperamental and moody raw materials known to mankind.

S it pays to be patient and resilient about baking, because the more you learn about the ingredients and technique, the more rewarding your successes will be.

Here’s an easy baking recipe to get you started: 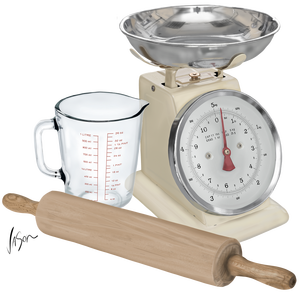 Danii’s Ready To Hit The Streets

Saints Back In Winner’s Circle