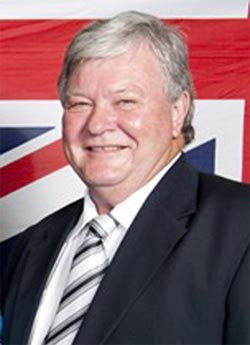 Federal Member for Flynn Ken O’Dowd has welcomed the release of the preliminary report of the Joint Select Committee on Constitutional Recognition of Local Government which was published today in Canberra.

The committee has recommended the Federal Government hold a referendum in conjunction with this year’s Federal Election to give Australians a chance to vote on giving constitutional recognition to Local Governments.

However, Mr O’Dowd said the Federal Government’s lack of urgency on this topic had put the referendum in jeopardy.

“I call on the Gillard Government to give this report urgent consideration to enable the people of Flynn and Australia to vote on what is an issue which has been long overlooked,” he said.

“These councils do an outstanding job in servicing our local communities and carry immense responsibility in the undertaking of their work. Therefore I believe it’s high time our councils were recognised in our national Constitution.

“Constitutional recognition, amongst other things, would allow the flow of funds between the Federal Government and our Local Governments to occur far more freely through programs initiated by the previous Coalition Government such as Roads to Recovery.

“Programs such as this have been invaluable in helping Local Governments in Flynn maintain and repair local roads, particularly given the extent of flooding in recent years.

“I look forward following the progress of the report and will certainly be supportive of any move toward its recommendations in the year ahead.”