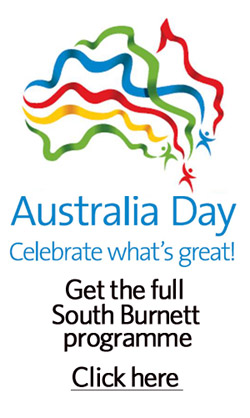 South Burnett Regional Council has released the program for the 2013 Australia Day Awards ceremony which will be held at Blackbutt on Friday night.

The region’s 5th annual Australia Day Awards will be presented at a special ceremony at the Blackbutt Community Hall from 6:00pm.

The awards ceremony will be followed by an Australian Citizen Affirmation ceremony.

Entry to the ceremony is free and all South Burnett residents are welcome to attend.

Councillor To Run For ALP

Numbers Down But Prices Stay Firm