It’s Not All Gloom And Doom 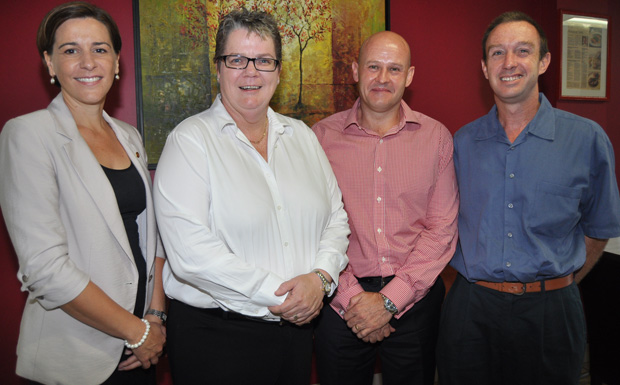 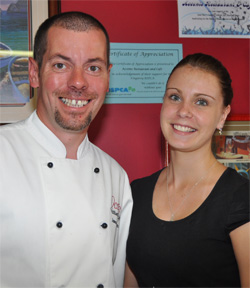 One of Queensland’s most senior public servants, Under Treasurer Helen Gluer, visited Kingaroy today at the invitation of local MP Deb Frecklington to brief local businesspeople on the State’s finances.

Ms Gluer has strong links to the South Burnett. She is a former CEO of Tarong Energy and guided the corporation’s merger with Stanwell in 2011.

Her message to about 60 people at a business breakfast in Kingaroy was positive despite the issues facing the State’s finances.

“It is important to differentiate (government finances) from Queensland,” she said.

“Queensland is, and remains a fantastic powerhouse of growth.”

Agricultural exports were holding up very well and Queensland’s growth rate was only being beaten by Western Australia.

“Mining has had a bit of a stumble in the past six months but anyone who says that it is end of mining doesn’t get what the world economy is doing. We’re just in a bit of a lull at the moment,” she said.

“Queensland overall retains a very positive growth story particularly compared with the rest of the world.”

She said tourism was being affected by the high Australian dollar. International numbers had held but interstate and intrastate tourism had fallen away, which was be being felt in the South Burnett. However a lot of policy was being done to try to tackle this and signs of a turnaround in domestic tourism in Victoria were hopeful.

“That’s really bad, and that’s why the debt blew up,” Ms Gluer said.

She said Queensland’s recurrent expenses had increased at a much faster rate than other States and as a consequence, the total government debt had exploded.

Ms Gluer said the State Government’s fiscal “repairs” were designed to stabilise debt, return the Budget to a fiscal surplus by 2014-15 and restore Queensland’s AAA financial rating while maintaining a competitive tax environment.

Another key aim was to reduce red tape.

“If we can make it easier for you to do business, hopefully you will do more of it,” she said.

Ms Gluer said the impact of carbon tax was “just atrocious”.  The cost to Stanwell alone for this year would be $400 million.

“From my personal perspective, I don’t believe it’s an economic driver that is actually going to change fuel mix, which may or may not be something the community wants,” she said.

“But if the community does want it, I don’t believe the carbon tax is going to do it. In the meantime what it absolutely has done is scare a whole stack of people out of further investment.

“From my perspective, the key strategic advantage Australia has had since Federation has been access to cheap fuel and we as a country seem to be very keen (now) to not have that key advantage. I think this is a very bad piece of policy that we have to work with legally.”

Ms Gluer said everyone understood that having two generating units offline at Tarong was affecting the town.

“I think everyone understands that. These decisions are never taken lightly by the Board and Management or any view the government may have of it,” she said.

But she said the price of power was “nuts”, lower than when the market started in 1997, and demand had fallen.

Electricity demand yesterday for all of Queensland was 8000MW, 1000MW less than it was two years ago.

“The units have been taken off very carefully so that hopefully when the market recovers they can be brought online quick smart,” she said.

However the news was not all bad for Tarong … a $50 million overhaul of “Hannibal” the dragline would begin within a few weeks which would bring more activity into the region.