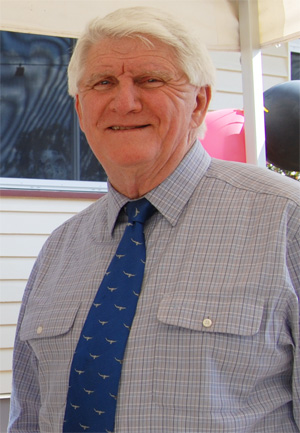 A Federal Government funding recalculation which has slashed $6.1 million from the annual Budget of the Darling Downs Regional Health Service – halfway through the Budget year – has left the local health authority reeling.

In the South Burnett, the health service operates Kingaroy, Nanango, Wondai, Murgon and Cherbourg hospitals as well as the Farrhome Nursing Care Unit.

It is also responsible for hospitals in the Western Downs, Southern Downs, Goondiwindi and Banana council areas as well as Toowoomba.

He said the Board had been working hard to find savings in operating costs and was looking forward to having a small surplus at the end of the year which it would have spent on extra services.

“But there’s no chance of that now,” he said.

Mr Horan said it would be extremely difficult to cut $6.1 million out of a half-year Budget – especially as some of the cuts were retrospective – but the first priority was to the staff.

He said the Board had a “policy of loyalty” to health staff and although savings had been found over the past few months, no one had lost their jobs.

He said the Board would try to find more savings without putting off staff.

“We will try to save the jobs of our people,” he said.

Mr Horan said the DDRHS Board was only advised of the funding change last week.

“We could have had a surplus at the end of the year to do more (elective) surgery but there is no way we will be able to it now,” he said.

“Or it could have gone into emergency departments or wards. We hadn’t decided yet. But now it’s gone. We won’t have anything. We were trying to save money.”

Mr Horan said the DDRHS Executive and Finance Committee would meet next week to discuss the situation.

“The Labor Treasurer is saying that our population has fallen by 35,000 and that is why they are clawing back funding,” Mr Springborg said.

“Yet our figures, obtained by Queensland Treasury, estimate an increase of nearly 80,000 in the same period. You don’t need a department full of economists to know that Queensland population is growing, not shrinking.”

Federal Member for Maranoa Bruce Scott said he was appalled by the cuts.

“Regional and rural communities are in need of improved facilities and services – we need to extend our reach in regional and remote area health, not take away funding,” Mr Scott said.

“Proud towns like Kingaroy and Nanango – listed under the Darling Downs Health Board – will feel the pinch from these funding cuts.”

The cuts follow the release of the Federal Government’s “Mid-Year Economic and Fiscal Outlook” review in October.

Growth forecasts were adjusted based on ABS-revised population figures and lower-than-anticipated increases in health costs as a result of the high Australian dollar.

Health Minister Tanya Plibersek said the adjustments were based on a formula agreed to by the Queensland Government “and suggestions to the contrary are deceitful rubbish”.

She said Federal Coalition MPs had joined with their State LNP counterparts to “peddle a dishonest campaign to draw attention away from the Newman Government’s callous cuts”.

“This is nothing but a shameless campaign to hide the LNP’s shameful slash-and-burn Health Budget,” she said.