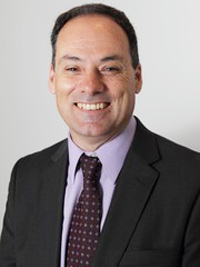 Did you know that rabies is now present only 350km from northern Australia? This is a bit closer than Moffatdale is to Stanthorpe …

If rabies reached our shores it would have serious ecological, public health, economic and social impacts, according to Prof Michael Ward from the University of Sydney.

Prof Ward,  the Chair of Veterinary Public Heath and Food Safety, is conducting research to identify how rabies spreads and the risks of future outbreaks, such as evaluating surveillance systems to detect a potential incursion in the Top End and Torres Strait.

“Rabies, spread mainly by the bite of rabid dogs, and inevitably fatal, is a serious health risk for communities in Asia and Africa. The disease kills an estimated 100,000 people a year,”  he said.

“Australia is fortunate to not be affected by this terrible disease, which infects the central nervous system and causes inflammation of the brain.

“However, during the past 10 to 15 years rabies has spread to areas of eastern Indonesia that were previously rabies-free, such as Flores and Bali. In 2010, the disease reached the Tanimbar Islands, part of the Moluccas, just 350km north of the Top End.”

The University’s Faculty of Veterinary Science is researching rabies in Indonesia and its potential to spread to neighbouring regions that are currently free of the disease, specifically East Timor, Papua New Guinea and Northern Australia.

“Our work overseas involves observing and recording when and how often dogs are being transported between islands including direct observations of ferries and fishing boats. Estimating the size of the dog population in rabies-free areas is also an important component of determining risk,” Prof Ward said.

In northern Australia, the research team from the Faculty is applying a similar approach, recording the movement of dogs between communities to determine how rabies might spread, should it be introduced.

While some government surveillance for rabies is already being undertaken, the team is assessing additional surveillance systems to better detect a rabies incursion.

“We are concerned about the potential ecological impact of rabies in this region,” Prof Ward said.

“Dingoes, as a top predator, play a crucial role in maintaining ecosystem diversity and if their numbers were substantially reduced, it could affect many other species in this fragile ecosystem.

“Potential economic impacts on the cattle industry should also not be underestimated. Cattle losses from rabies can be significant and would be very hard to prevent if rabies got into the Top End. And of course, controlling rabies would be horrendously expensive.”

Dr Helen Scott-Orr, a  board director of the Invasive Animals Cooperative Research Centre, said that to prevent rabies entering Australia, “we must help all our near neighbours to increase their alertness and preparedness, and also help Indonesia to reverse this seemingly inexorable spread of rabies to the southeast”.

“It is really unacceptable that, in this day and age, a dreaded disease like rabies should continue to ravage new vulnerable communities near us,” she said.

Experience in Flores, Bali and elsewhere shows that to eradicate rabies, dogs must be vaccinated against the disease; a level of 70 per cent vaccination coverage must be maintained across the dog population, both tame and wild, for several years.

“Culling wild or stray dogs, which may seem logical, just doesn’t work and can actually do more harm than good.”