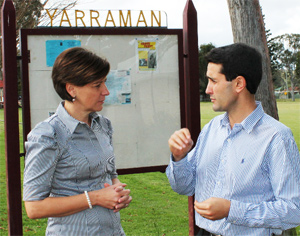 A grassroots campaign to de-amalgamate the former Rosalie and Crows Nest shires from the Toowoomba Regional Council is gaining momentum with petitions circulating and leaflets distributed to all households in both regions.

A public meeting to discuss the proposal to form a new Local Government Area based on the boundaries of the two old shires will be held at the Crows Nest Community Centre from 7:30pm on August 14.

Jeff Close, president of the Crows Nest and District Tourist and Progress Association, said the Steering Committee guiding the process was seeking an urgent meeting with Local Government Minister David Crisafulli to discuss the proposal.

And he’s not worried by reported statements by Mr Crisafulli that Queensland councils had two options: either revert to the old council boundaries or stay “as is”.

“We’ve been hearing mixed messages about this. That’s why we are seeking an urgent meeting with the Minister,” he said.

Mr Close said Rosalie / Crows Nest was a unique case in Queensland as the two shires were only one step away from amalgamation in 2007 when the State Government suddenly abolished the independent review process that they had been following for almost a year – known as “Size, Shape and Sustainability” or “SSS”.

The government instead set up a Local Government Reform Commission which recommended Rosalie and Crows Nest shires be forcibly amalgamated along with six other shires into the Toowoomba Regional Council.

“We had 84 per cent support from the two shires to combine to make a more sustainable shire,” Mr Close said. “The last step was to actually have the vote.” 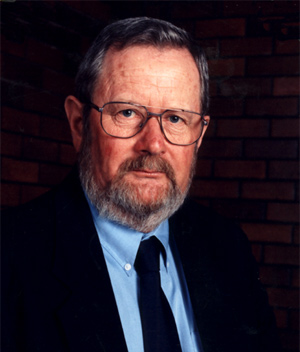 The draft final report of the SSS process was released for public comment in April 2007.

This report recommended the amalgamation of Rosalie and Crows Nest Shire councils.

Independent Review Facilitator Noel Playford also recommended that the new Council should have 10 Councillors and a Mayor, no electoral divisions and be named “Northern Downs Shire Council”.

At the time, Rosalie Mayor Cr Noel Strohfeld said there were indications “a significant majority of our community can see the benefits of an amalgamation and will support it”.

“No doubt there will be a debate over the name, but the big issue is about improving the sustainability of local government so that we can deliver improved services to our community at an affordable cost,” he said.

There was to be a 30-day period for the community to comment on the report before the two Councils would formally make a decision, and then hold a referendum of their residents. But within this 30-day period, the State Government dropped its bombshell.

“We’re devastated! This is a sad day for Local Government in Queensland” were the words used by Mayor Strohfeld at the time.

“Rosalie and Crows Nest shires have been voluntarily working through the Size, Shape and Sustainability process for almost a year now,” he said.

“We have, in fact, virtually completed the process and are due to meet on Tuesday, April 24 to consider the Final Report from our independent Review Facilitator Noel Playford.

“It needs to be remembered that this has been a process endorsed and financed (partially) by the State Government. We’re almost finished and they go and change the game. People in Local Government and in the general Rosalie community must be asking themselves how they can trust this government again – because the truth is they probably cannot.”

“We are a very, very special case in Queensland,” Mr Close said.

“We were (almost) one shire. We don’t want to go toddling off on our own (back to our two separate boundaries) when we already know it’s not sustainable.”

The Steering Committee consists of members from across the two former shires, with representatives from Yarraman, Goombungee, Crows Nest, Cabarlah, Highfields and Geham.

Mr Close said critics of the proposal had suggested Highfields’ residents would want to stay with Toowoomba rather than coming under the banner of the new shire, but in fact the petition had been receiving thousands of signatures from the Highfields area.

He said newly-elected Toowoomba Mayor Paul Antonio had been assisting the group by directing Council staff to supply them with the rating and financial information required by the State Government under the de-amalgamation process.

Mr Close said his group had tried to make the amalgamation work despite initially opposing it, but the reality was that Crows Nest had suffered under amalgamation, with council staff leaving the area, purchasing policies changing and road maintenance plant “gone”.

There were also stories of water being left running across the weekend, and dogs left roaming the streets, because there was no one empowered locally to do anything. The appropriate staff would have to travel from Toowoomba.

“It is too Toowoomba-centric,” he said.

Mr Close admits the push to de-amalgamate won’t be easy because of the tight timeframe set by the State Government.

“We are aiming to have a submission into the Boundaries Commission by the end of August. We only have a very short time to get our facts and figures together,” he said.

“The dice are loaded against us because we are just private citizens.”

But he said local residents had been very supportive, donating money to allow the brochures to be printed and volunteering to distribute them.

“The number one issue in the Crows Nest area now is de-amalgamation and getting some local control back,” he said.

Yarraman real estate agent Bernie Rushby said he was broadly supportive of the proposal but he believes “it won’t be allowed to happen”.

“There’s a double standard,” he said. “I don’t think the new State Government wants de-amalgamations but they also don’t want to come out and say so in a clear manner so they have deliberately shortened the timeframe.

“The proof will be in the pudding …”

Mr Rushby said he had also opposed the original amalgamation but had tried to give the Toowoomba Regional Council time to settle in and an opportunity to honour their words.

However admitted he was now in two minds.

Yarraman “doesn’t belong in Toowoomba” and although being amalgamated with Crows Nest would be an improvement, it really belonged in the South Burnett, he said.