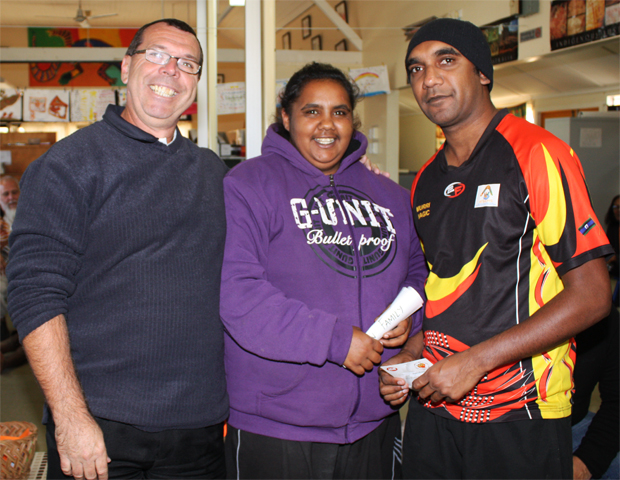 Cherbourg parents Corey Sullivan and Sammy-Joe Barrett send their children to school every day because they realise what they missed out on when they were younger.

The couple went to school on-and-off before dropping out in Year 10.

They are determined to see their children Gene, 5, and Summer, 4, not make the same mistake.

“We want them to go through school and get a good job,” Mr Sullivan said.

“They’ve got a lot going for them here at the school,” Ms Barrett said.

“We just want them to do well and be happy.”

Corey and Sammy-Joe were presented with the Cherbourg State School’s Parent of the Month award on Monday.