Cadets Set Their Sights On Canberra 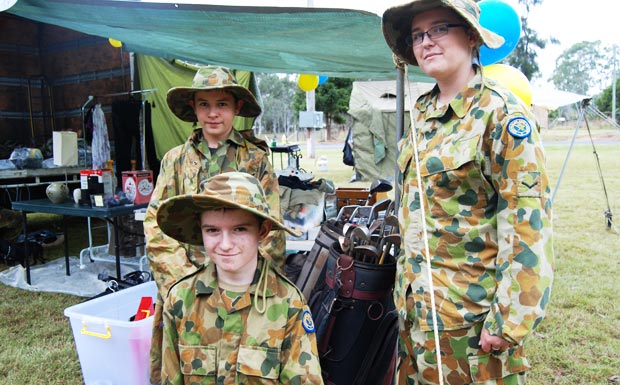 It was cold and wet but they soldiered on … and what else would you expect? They’re a Cadet Unit after all!

Members of the 123 Army Cadet Unit Yarraman / Nanango held a car boot sale in Pioneer Park, Nanango, on Saturday to help them raise funds for new radio equipment and a possible trip to Canberra.

Lieutenant (AAC) Maurie Kerr said the group, which parades regularly at Nanango State High School, was supplied with all their uniforms by the Army but everything else had to be self-funded.

They could not survive without the help of the parents’ support group which had organised the car boot sale and a week-long raffle of items donated by local businesses.

At the time that southburnett.com.au spoke to them, they had earned about $800 but were hopeful of raising even more.

Lt Kerr said he wanted to take the Unit to Canberra as some of the children had not been outside the South Burnett.

“Some of them haven’t been to Brisbane, so a trip to Canberra is a big deal,” he said.

Lt Kerr said the Unit was also always looking for access to properties where they could set up weekend camps.

Any landowner willing to allow the children to pitch tents on their property, should contact Lt Kerr on (07) 4164-6221.