RU OK Day was marked with less activities than usual in the South Burnett on Thursday because of COVID-19 … but the important message was still front and centre.

Are you okay? Suicide seems to have touched just about everyone in the local region in some way in recent years; either a family member, or someone we know, has died.

The full extent of the tragedy that stalks the South Burnett is hard to quantify because of the way statistics are gathered but a very rough count –  gathered by the South Burnett Suicide Prevention Working Group (SBSPWG) – suggests more than a dozen local deaths in the past two years, with all but a couple being men.

SBSPWG chair Cr Danita Potter said the figures understated the real extent of the tragedy with local residents outside the area not added to official tallies.

And nearly all towns in the area have been touched in some way.

In Cherbourg – one of the local communities hardest hit by suicide in recent months – the local Cherbourg Suicide Prevention Action Network organised a march through the town’s streets on Thursday morning.

Schoolchildren joined in, prayers were recited, drums were banged and shouts of “RU OK” and “It ain’t weak to speak!” echoed as family members marched carrying photographs of loved ones who had died.

“It starts with just saying ‘are you okay’, but then being ready for that answer, too,” Sam Murray told the crowd.

Their report showed people who live in regional Australia are more likely to experience multiple losses of family, friends and community members (67 per cent) to suicide compared with city residents (60 per cent).

The peak body said on average 8.4 people died by suicide in Australia every day, with 75 per cent of deaths being men.

Aboriginal and Torres Strait Islander people had a rate of suicide approximately twice that of non-Indigenous people.

The group identified threats of suicide in regional areas as: 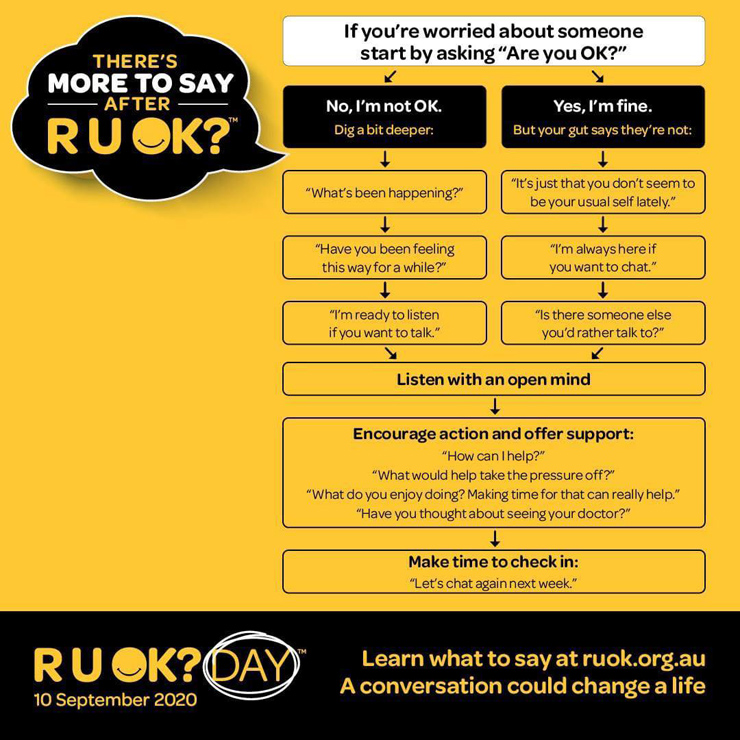 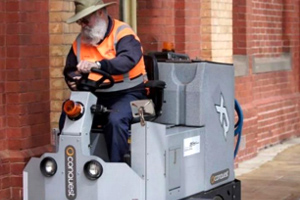