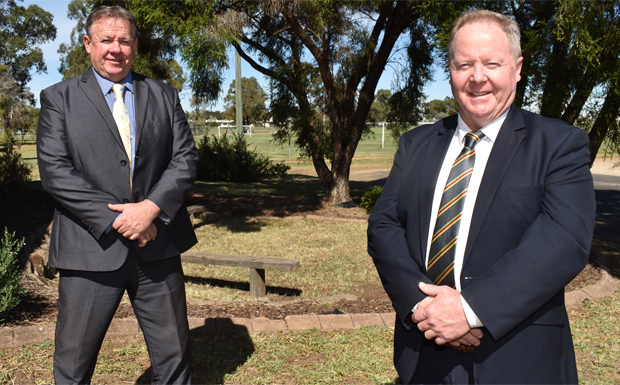 The South Burnett’s new councillors – dubbed “Team South Burnett” by Mayor Brett Otto – were sworn in behind closed doors at the Council Chambers in Kingaroy on Monday morning.

Each of the six councillors and Mayor took turns to be sworn in by Council CEO Mark Pitt in the ceremony, which was livestreamed on Council’s website due to COVID-19.

After formally assuming their new roles, a number of procedural matters were dealt with, including the election of Deputy Mayor Gavin Jones and Chair and Deputy Chair of the Local Disaster Management Committee, Crs Roz Frohloff and Danita Potter.

The councillors then travelled – in separate vehicles to maintain social distancing – to the Kingaroy Town Common Hall in Oliver Bond Street for formal photographs and to be briefed by Council Managers and staff on current activities.

Mayor Otto also took the opportunity to take questions from the media (see Soundcloud file, below).

He admitted some of the ideas which he had intended to put to Council would have to be reviewed now in light of COVID-19.

“I think, importantly, my eagerness to deal with Council debt may have to be deferred,” he said.

Mayor Otto said he was keen for Council to provide financial assistance and social support to the community which meant it may have to “dip into the Budget”.

He said he expected a wave of mental health issues coming out of the isolation period so he was keen that Council look at how it could support local social and human services such as South Burnett CTC, South Burnett Care, Centacare and others.

He was also keen that Council provide assistance to sporting groups once the restrictions were lifted and other groups which provided community activities.

Mayor Otto said rates would also have to be looked at, particularly for low-income earners, pensioners and people who had lost their jobs.

“We may need to have a very close look at the rating system as a short-term assistance measure,” he said.

He said drought was still an issue and rural producers were being affected by low commodity prices.

“I (will) be seeking the support of Council to establish a rates reference group – a community organisation that is supported and facilitated by Council to review the actual structure of our rating system – particularly to look at inequities for rural people who are owning multiple properties and in some circumstances could be disadvantaged through that,” he said.

The Kingaroy revitalisation project was still on the books, subject to Council receiving the funding it had requested from the Federal Government.

“Should we get the funding, I will certainly be supporting the progression of the Kingaroy revitalisation plan,” Mayor Otto said.

“I believe it is important for the community. Not just for Kingaroy but also for the region that we have an appropriate regional centre. And I think it has real social benefits.”

Mayor Otto said there was also a lot of structural work that had to be done underground.

“Of the $11 million, at $6-7 million is for underground structural work that would have had to have been done anyway at some stage within the next couple of years that is long overdue.”

There was $2 million already set aside from the State Government as a loan and Council would be looking for the other $4.5 million from the Federal Government.

Mayor Otto said he would be honouring the commitments he made on the campaign trail in regards to using his own private vehicle and telephone and setting aside $20,000 from his wages for local groups.

“With the $20,000 that I pledged to the community, I will roll that out $2500 per charity over a period of about eight months commencing in July,” he said.

“What I am looking to do is see that is fairly distributed across different charities throughout the different towns of the South Burnett.

“I will make those donations to charities … as a private citizen to those registered charities and if they are registered with the Tax Office, obviously then I can claim a tax deduction for that through the ATO. So all those records will be available through the ATO and I am happy to disclose that openly to the community.”

Mayor Otto said he was very keen to put the South Burnett “front and centre” to argue the case for a better share of roads funding.

“It is my view that in recent years our region has not been getting the roads funding … through government generally that we need to maintain our gravel roads and our sealed roads,” he said.

He would be putting his name forward to sit on the executive of the Wide Bay Regional Organisation of Councils (WBBROC).

If elected, he would make sure the South Burnett “gets a much stronger voice in WBBROC”.

Mayor Otto said his priority was maintaining the community facilities that were currently operating, such as swimming pools and libraries.

He said they were a very important part of the social fabric of smaller communities so their future was not in doubt.

But in the short term, Council may not be able to extend services or facilities.

So no water park?

“No water park for the short term now unless we can get 100 per cent funding from the government, which is unlikely, I don’t think we are going to – unfortunately – have the money in the next 12 months to look at water parks. The world’s changed due to COVID-19.

“Our priority is maintaining what we’ve got, not diminishing services.

“But let’s see where we’re at in 12 months time. That item will certainly remain on my agenda.”

Mayor Otto said “Team South Burnett” would be “out there fighting for every cent, for every benefit that we can bring to this region”.

“We are putting the other regions in Queensland on notice that Team South Burnett is here! Watch this space.” 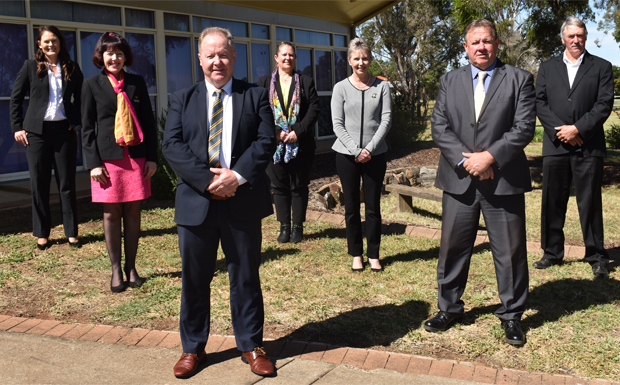 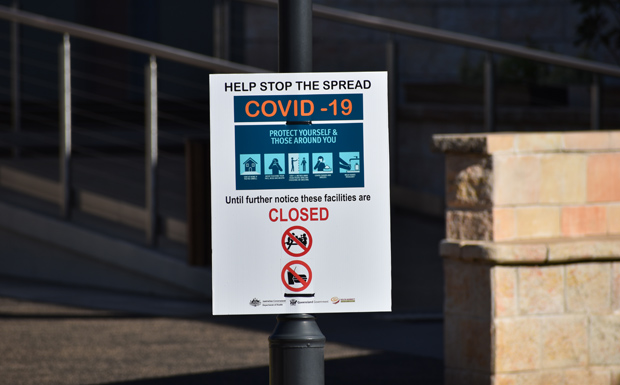 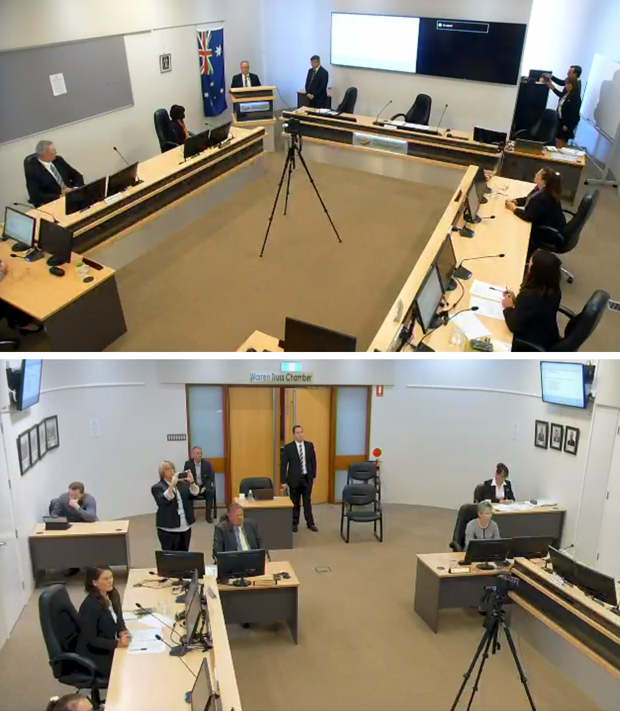 Mayor Brett Otto is formally sworn in by CEO Mark Pitt while, below, other councillors watch on … the ceremony was livestreamed by Council (Photos: SBRC)