Councils ‘Miss Out On Funding’ 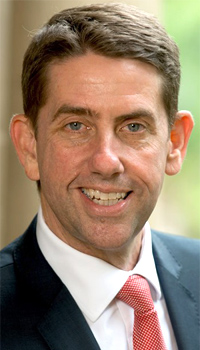 Toowoomba, Gympie and Somerset councils are among nine bushfire-affected regions which have missed out on $1 million Federal bushfire recovery grants, according to the State Government.

During November, fires raged in the Biarra and Redbank Creek areas, along Esk-Hampton and Esk-Crows Nest roads and in the Deongwar State Forest.

Cameron Dick, the Minister responsible for the Queensland Reconstruction Authority, said Prime Minister Scott Morrison’s decision to refuse funding for the nine councils, while increasing grants to councils that had already received a $1 million grant, was absurd.

“Increasing the grants from $1 million to up to $1.3 million is a welcome boost for the five Queensland communities and other Australian communities that the Prime Minister deemed fit to receive the grant,” he said.

“However, it’s absolutely devastating for the other nine Queensland communities that have also been left ravaged by the Queensland bushfires.”

The other council areas which the State Government says missed out on recovery grants are Bundaberg, the Gold Coast, Gladstone, Ipswich, the Lockyer Valley and Redlands.

The five councils which received extra funding were Livingstone, Noosa, the Scenic Rim, Southern Downs and the Sunshine Coast.

“Since the day the Prime Minister initially announced these $1 million grants – without any consultation with the States – we have been advocating for the other nine Queensland councils impacted by the Eastern and Southern bushfires to also receive the grant,” Mr Dick said.

“I wrote directly to the Prime Minister to ask him to extend the $1 million to the additional communities and until now, there has been silence.

“Once again, the Prime Minister’s decision has been made with no engagement, no consultation and a complete lack of understanding of the impacts on Queensland communities.

“This is clearly a decision made by the Commonwealth in Canberra based on some desktop-derived formula.”

“The Morrison Government should not be playing favourites with disaster-hit communities,” Mr Hallam said.

“Queenslanders deserve better than that.

“The Commonwealth collects 80 per cent of all taxes. It should be supporting all communities in their recovery, not just some.”