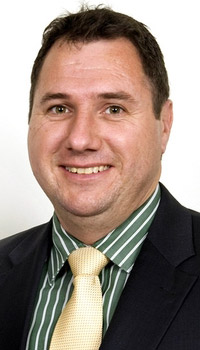 An official E-Petition has been lodged with the State Government in support of Maleny Dairies.

The E-Petition has been lodged by Witta resident Lovice Lowden and sponsored by the Member for Glass House, Andrew Powell (LNP).

The petition is calling on the State Government to review its decision to award the Metro North Hospital dairy contract to Pauls and award at least a portion of the contract to Maleny Dairies.

Queensland residents draw to the attention of the House: to the decision by the Palaszczuk Government that saw Maleny Dairies, a Queensland-owned and operated company, miss out on a supply contract for Metro North Hospitals that was instead awarded to French and Chinese companies.

This is in defiance of the Government’s “Buy Queensland Policy”.

The decision will have a significant impact on Maleny Dairies that would have used the contract to secure another Queensland-owned dairy farming family and create jobs within that farm, working towards securing the future of the Queensland Dairy Industry.

Your petitioners, therefore, request the House to: call on the Palaszczuk Government to review the decision, including awarding at least a portion of the supply contract to Maleny Dairies – a proud Queensland-owned and operated company.

The official E-Petition was posted on January 21, the day before the LNP publicly launched a private petition on the same issue which attracted criticism for allowing a Spanish hosting company to collect private information.