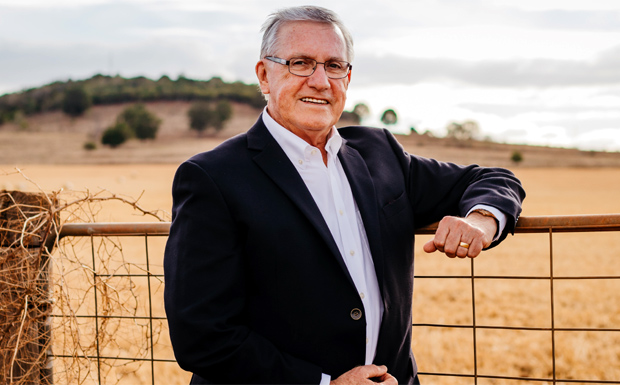 Recycling could become a reality in the South Burnett if Mayor Keith Campbell is re-elected at the March local government election.

Mayor Campbell announced his decision to re-contest the position on Friday morning.

He said his top priority for the next four years was to secure water “for agriculture, industry and urban growth”, however he said kerbside recycling was also inevitable.

“I will create an awareness and help build understanding that kerbside recycling is the legitimate next step for the Waste Services Department to implement for the South Burnett,” Mayor Campbell said.

Other priorities include a new Economic Development Plan, a “South Burnett Investment-Ready” prospectus to promote why the South Burnett is the right place to do business, and continuing to press for the upgrade of telecommunications infrastructure to remove “black spots” in the region.

“When I nominated as Mayor four years ago, it was my intention to make myself available for two terms,” Mayor Campbell said.

“For this reason I will be re-nominating as Mayor. Things are happening and when I look back on the past four years, I’m gratified that I’ve been able to preside over such significant development in the South Burnett.

“It would be a great honour to continue as Mayor of the South Burnett and further deliver on several key initiatives that will set this wonderful region up for the next 20 years.”

Mayor Campbell said the South Burnett’s achievements had not come about without “pain and difficult decisions”.

“It is very rewarding as Mayor to see the extensive development that has taken place and what is in the pipeline for the future,” he said.

“I personally read this as a vote of confidence by our own investors, and those from outside the South Burnett, that they believe it is a solid place for investment, and further, an endorsement of the direction that this Council has taken.”

Mayor Campbell promised to ensure the Council’s Roads Program was continually monitored to achieve the promised outcomes on gravel roads.

“Many will recall that the highest complaints to Council four years ago were about roads. These days, that is no longer the case,” he said.

“I consider it a personal achievement to have taken some bold steps in order to rectify the roads problem.”

Mayor Campbell said that under his leadership Council had achieved improved financial stability, reduced debt and made cost savings.

“For me, living within Council’s financial capability is non-negotiable,” he said.

“There are many projects and ideas that would be nice to have, but not able to be afforded.

“As I have moved around the region over the past four years listening to residents, myself and your Councillors respect our constituents’ position that Council must focus on essentials that ratepayers can afford, and that which creates the environment in which investors and others can build on to ensure the South Burnett remains a wonderful place to live, invest and work in.”

4 Responses to Campbell To Stand Again