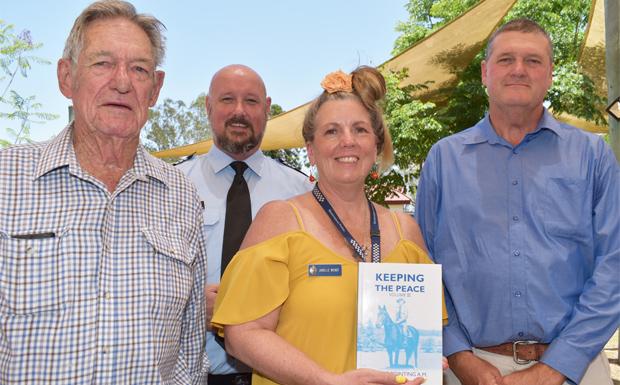 Former and serving police officers gathered in Nanango on Friday to pay tribute to a fellow officer who died in 2010, and receive a copy of a book dedicated to his memory.

Sergeant Russell Wendt was officer-in-charge at Nanango Station – a role he had held since 2002 – when he was diagnosed with a brain tumour.

Retired Assistant Commissioner Laurie Pointing AM has dedicated his latest collection of police stories, “Keeping The Peace Volume 3”, to the memory of Sgt Wendt, and his story is included in the volume.

Mr Pointing retired in 1993 after a distinguished career in the Queensland police force.

In 2007, a friend suggested he collect and write the stories of retired Queensland police officers.

“I plunged into this project with much enthusiasm,” he told the small crowd at Ringsfield House.

He collected 26 stories, too many for just one volume.

The Queensland Police Union, the Queensland Officers Union, Police Credit Union, the Retired Police Association and several individuals sponsored the publication of the first two, and now third book in the series.

Laurie has now collected and published the stories of 35 police officers – where they grew up, why they joined the police and their experiences on the job – adding a human face to the history of the Queensland police service.

“I knew Russell, but not very well,” Laurie said.

“Following the Fitzgerald Inquiry, the face of policing in Queensland underwent a massive reorganisation. I was fortunate in that I received a promotion to a senior rank and was assigned to the Central Police Region based at Rockhampton. Russell was then a general duties officer at Biloela.”

Also included in Volume 3 is the story of the late Senior Sergeant Kevin Guteridge, father of current Kingaroy police officer Senior Sergeant Lance Guteridge; Kevin was officer-in-charge at Nanango from 1977-80.

Asked if there would be a Volume 4 in the series, Laurie – who is now 83 – told southburnett.com.au “my mind tells me there might be, but my body is not so sure”.

He wanted to say a special thank you to Dan Kelly, from Boolarong Press, who organised for the hardcover copy of the book which was presented to the Nanango station.

All royalties from the sales go to the Police Legacy fund which helps the dependent families of deceased Queensland Police Officers.

“My reward is seeing these 35 stories of retired police in print. They will live forever,” Laurie said. 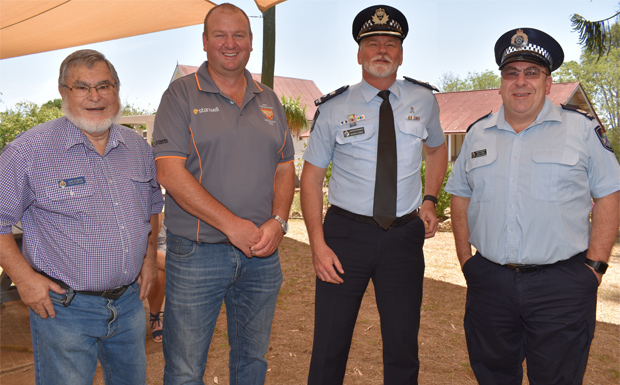 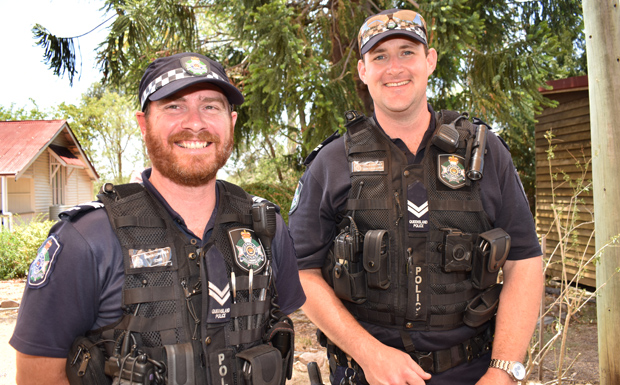 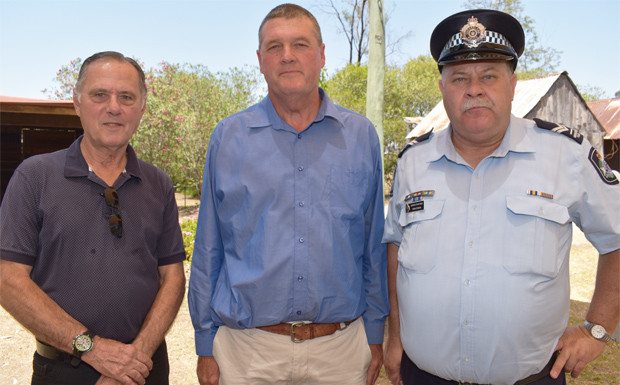 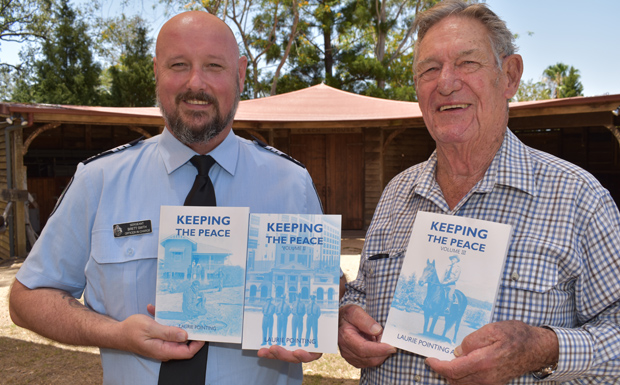