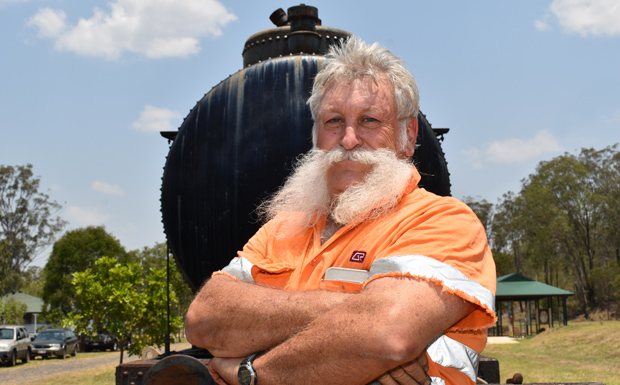 Mick Saffioti, from the Queensland Rolling Stock Preservation Group, arranged the delivery of the fuel tanker to Station Park

A “bomb” was dropped into Yarraman on Tuesday morning … and the local residents couldn’t be happier.

The bomb is an historic former Queensland Railways fuel tank wagon which has now taken up pride of place in Station Park thanks to the efforts of the Yarraman And District Historical Society and the Yarraman Men’s Shed.

Mick Saffioti, from the Queensland Rolling Stock Preservation Group, said the tanker, which dates to 1929, was now on permanent loan to the Historical Society.

The undercarriage was most likely made in Ipswich but the manufacturer of the actual tank for Queensland Railways is not known.

The tanker is unusual because it has three domes (the chimney-like structures on top of the tank).

“It is one of only six with the three tiers on top made for Queensland, and probably the only one still surviving,” Mick said.

The unit bears the QR registration number OV 44474 but Mick said a bit research had dug out its original number, OV 8.

“We knew it was a very early tank because it is all riveted,” he said.

“It was a Mobil fuel tanker and would have done thousands of trips to Yarraman.”

Former Mobil fuel agent Alan Coultis, 90, was an interested spectator as the tanker was unloaded and placed on some newly laid rail tracks.

From 1957 to 1985 Alan operated the fuel depot at the Yarraman Railway Station.

He was originally an employee of Vacuum Oil but then took over as the Mobil agent.

Alan recalled unloading the tankers just a few metres away from where the wagon display has been set up.

Volunteers from the Yarraman Men’s Shed laid the ballast and sleepers, erected the buffers and welded the railway tracks over the past few weeks to make the site ready for Tuesday’s delivery.

Historical Society president Helene Johnson said the Men’s Shed volunteers planned to do some repairs to the wagon, and a safety fence would also be erected around the display.

Helene said grants from the Tarong Community Benefit Fund and Bendigo Bank helped to pay for the transportation of the wagon. 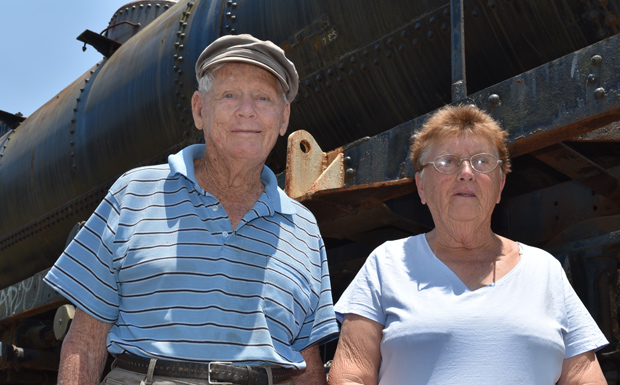 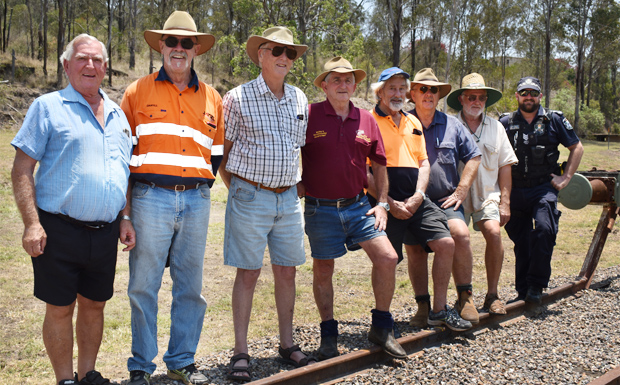 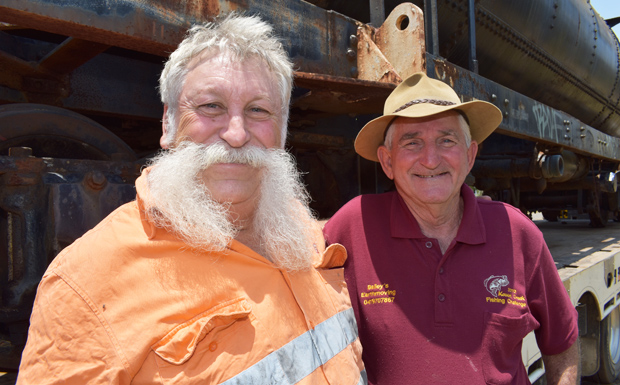 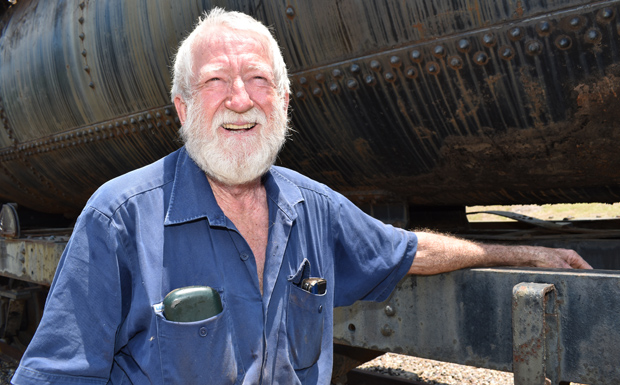 Max Jacob, from the Yarraman Men’s Shed, welded the railway tracks the tanker is now standing on 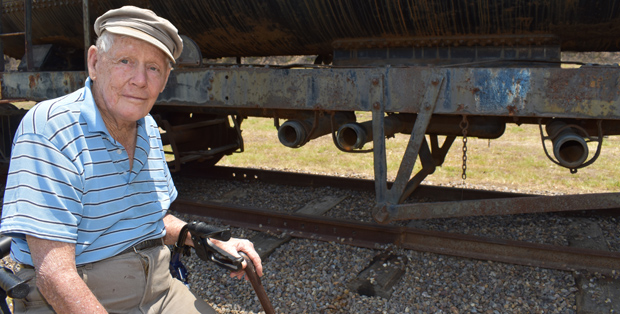 Retired Mobil agent Alan Coultis, 90, used to unload the tankers when they rolled into Yarraman with their loads … he reminisced about the tankers which had three outlets because he always had to “fight” the handbrake which used to get in the way! 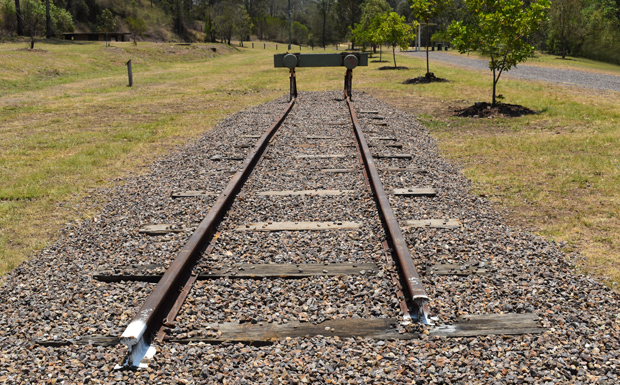 The newly laid tracks … before … 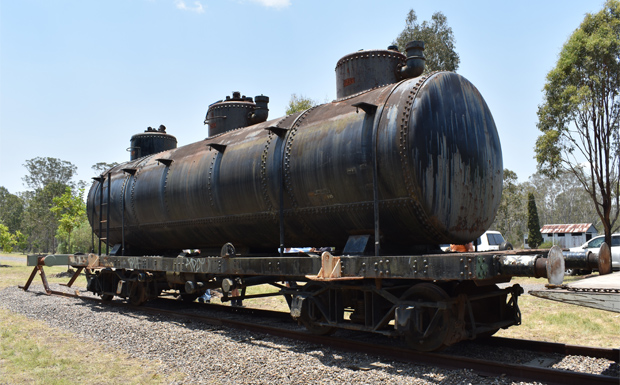 … and after … a fence will eventually be erected around the display