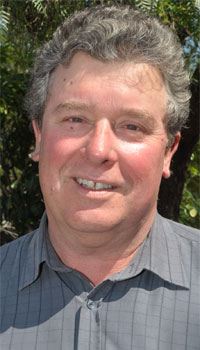 The Queensland Dairyfarmers Organisation has issued a veiled threat to supermarkets over milk prices: “We’ll get it done, anyway we can”.

A QDO spokesperson told southburnett.com.au the QDO wants to work with supermarkets not against them but milk had to be priced in a way where it was viable for everyone.

QDO is pushing for the Recommended Retail Price for fresh milk to be lifted to $1.50 per litre as a floor price.

This would allow margins of around 35 cents to the retailer, 40 cents to processor and would give farmers 75 cents at the farmgate.

“Over the last 18 months QDO has been empowering Aussie shoppers to take the lead in saving our dairy industry and it’s been working,” QDO president Brian Tessmann said.

“The end of $1 litre milk was achieved by shoppers protesting and boycotting supermarket chains and supporting brands that were actively helping farmers.

“This campaign was supported by a number of politicians who advocated for government intervention in the form of a drought levy and a Royal Commission into supermarket bullying.

“While at the time, government intervention was not required to reach our goal, it doesn’t mean it shouldn’t be considered again.

“Pauline Hanson’s proposed Private Members Bill seeks to re-regulate the dairy industry; review the market power of Australia’s supermarket duopoly and demand the immediate introduction of the Mandatory Code of Conduct for the Dairy Industry.

“Similarly, former ACCC chairman Alan Fells wants to see the introduction of a milk levy imposed on retail milk sales similar to the one implemented following deregulation in 2000.

“For QDO, the end of dollar milk was the start of an ongoing strategy; one that was based on the premise that to restore value back into the dairy industry, balance needed to be restored in the value chain and respect and trust re-established across the board.

“This should give most Queensland dairy farmers a sustainable and fair farmgate price which covers the costs of production (and expected rise in cost of production based on climatic and economic conditions), a reasonable cost of living and a modest profit.

“We are open to investigating every viable avenue to restore value to our industry. If there is a possibility that regulation or a milk levy in supermarkets is viable, practical and most importantly will work, then we will support it.

“While would like to do this the nice way by having sensible and rational negotiations with all parties, if we need to, we’ll do it the hard way and use whatever means necessary to get it done.”