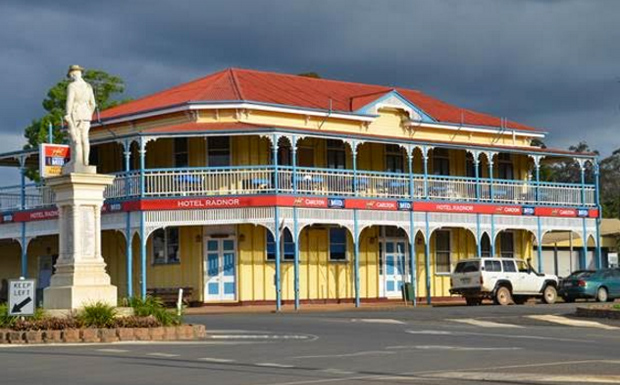 However, the market was better in the south than the north, where the drought appears to be biting into towns with a strong dependence on agriculture.

While property prices across Australia grew by an average 4.3 per cent in the year to September 30, several towns in the South Burnett enjoyed higher rises.

However, residents in some other parts of the region saw their property values dip, with average property prices declining steeply in Murgon (-19.03) and Yarraman (-18.77), and less steeply in Wondai (-8.93).

In three of the region’s towns where average weekly rental data was available, CoreLogic reported that landlords enjoyed a good year.

In Murgon, the median gross yield on rental properties was 8.9 per cent – more than double the national average of 4.24 per cent – and landlords in Wondai (6.5 per cent) and Kingaroy (6.2 per cent) also did well.

CoreLogic drew their data from 332 property sales made in Blackbutt, Yarraman, Nanango, Kingaroy, Wondai and Murgon during the previous 12 months.

They found that Blackbutt was the quickest South Burnett town to turn over properties, with an average listing only spending 95 days on the market.

At the other end of the spectrum, this stretched out to as long as 177 days in Murgon and 156 days in Wondai, while most properties in Yarraman, Nanango and Kingaroy found new owners in 104 to 127 days.

CoreLogic also found the average property seller in Blackbutt, Nanango, Kingaroy and Wondai was willing to offer buyers a discount of between 7 per cent and 9 per cent to close the deal.

But in Yarraman and Murgon, vendors were willing to shave as much as 12 per cent to 17 per cent off their initial asking price to secure a sales contract.

CoreLogic reported that with an average Australian home now selling for $485,000, the South Burnett still represents a bargain for many people.

Average home prices range from $126,000 (Murgon) to $250,000 (Kingaroy), which is roughly one-quarter to half the price most Australians face to secure a home of their own.

NB. Because of the small sample size in some towns, these results may not reflect longer-term trends

CoreLogic has found the South Burnett’s real estate market has generally fared well over the past 12 months, despite the drought (Data: CoreLogic)