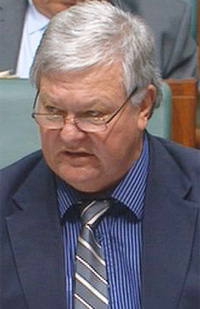 A push by some Federal LNP politicians for nuclear power to be put back on the table as a possible solution for Australia’s energy needs has paid off.

The House of Representatives Standing Committee on the Environment and Energy has begun an inquiry into the pre-requisites for nuclear energy in Australia.

Committee chairman, LNP Member for Fairfax Ted O’Brien, said on Wednesday a fresh look at nuclear energy was timely, given that new technologies in the field were leading to cleaner, safer and more efficient energy production.

“Nuclear energy has evolved since it was last seriously considered in Australia,” Mr O’Brien said.

“This inquiry will provide the opportunity to establish whether nuclear energy would be feasible and suitable for Australia in the future, taking into account both expert opinions and community views.

“The committee looks forward to receiving and carefully considering all perspectives on its terms of reference.”

The State LNP has ruled out a nuclear future for Queensland.

“No, the State LNP do not support a nuclear power station in Queensland,” Opposition Leader and Member for Nanango Deb Frecklington told southburnett.com.au on Wednesday.

And Deputy Opposition Leader Tim Mander was equally adamant when speaking to reporters last week: “I can categorically state that the State LNP has ruled out any investment in any nuclear power station.

“It will not happen in Queensland under an LNP government,” he said.

This position is at odds with the public stance taken by some Federal Coalition MPs.

LNP Member for Flynn Ken O’Dowd – one of the three Federal MPs that represent slices of the South Burnett – has been a strong advocate for an inquiry into nuclear energy.

Speaking in Federal Parliament on July 29, Mr O’Dowd said the debate had to start.

“My opinion is that nuclear has to be debated. It’ll take 20 years to build a nuclear power station and so the debate must start sooner rather than later,” he said.

“All those deniers out there should think about just where we are going. Renewables have a place, and I admit that. However, nuclear has to be considered for future generation of cheap, reliable and affordable power in Australia.”

Answering an interjection, Mr O’Dowd said: “Yes, put it anywhere you like. My area would accept it. Not a problem.”

In a media release on Tuesday, Mr O’Dowd said he had been “copping some flak” about his push for an inquiry into nuclear energy however he considered it an “obligation to his constituents and business operators”.

“We are all under a cloud of misconceptions that nuclear power is unstable after the very publicised Chernobyl and Fukushima occurrences,” Mr O’Dowd said.

“There are currently 50 countries around the world using nuclear power from 450 nuclear reactors. Australia has 40 per cent of the world’s uranium and providing the technology is there, why not?”

The House of Representatives Standing Committee will look at the necessary circumstances and requirements for any future government’s consideration of nuclear energy generation, including using small modular reactor technologies.

Submissions to the inquiry will be accepted until September 16.

Two potential sites in the South Burnett for a nuclear reactor were suggested in a paper published online earlier this year by a pro-nuclear lobby group, the Australian Nuclear Association.

However, for Tarong to have a nuclear future, the existing power station would have to be demolished and rebuilt from scratch.

At a Stanwell update earlier this year, Tarong site manager Brad Perry told a questioner the station could not be converted.

And he pointed out that the best place for a nuclear power station was closer to the water for cooling.

“Nuclear is probably on the same decline across the world as what coal is,” he said.

“It’s not cheaper. It’s easier to produce but the cost that goes into your maintenance and operations, and just the building of the plant, is astronomical. It’s much greater than coal.”

The development of nuclear energy is currently banned in Australia under Section 140A of the Environment Protection and Biodiversity Conservation Act 1999. ie:

The Minister must not approve an action consisting of or involving the construction or operation of any of the following nuclear installations:

(a) a nuclear fuel fabrication plant;

(b) a nuclear power plant;