Unemployment (And Employment) Up 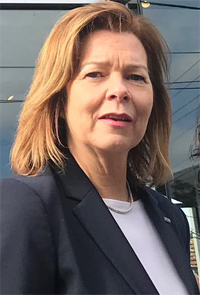 The ABS has revised the national unemployment figures for May up 0.1 per cent to 5.2 per cent, and has found this increase stayed steady through June, according to new statistics released on Thursday.

The increase means the number of unemployed people in Australia is now above 700,000.

The ACTU said the unemployment figure comes at a time when the longest period of near-record low wage growth since World War II continues.

“This is the workforce under the Morrison government, less work, less security, lower wages, but bigger profits for employers.

“These stats show what working Australians can already feel.

“It’s getting harder to find work and even when you find it the hours and wages aren’t enough to live on.

“We need systemic change to give working people the power and security they need to win wage rises and better conditions.

“Low wage growth is crushing consumer spending which the RBA has repeatedly warned is damaging the economy.

“To get the economy started again we need money in the hands of working people who will spend it at Australian businesses.

“The Morrison Government’s refusal to help working people is stalling the entire economy.

“The Morrison Government has no plan to deliver jobs or give workers job security.” 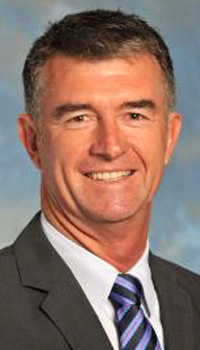 While the union movement is blaming the Coalition Federal Government for the worsening unemployment figures, the Queensland LNP Opposition has its sights set firmly on the ALP State Government.

“In June, seasonally adjusted unemployment increased from 6.2 per cent to 6.5 per cent, at the same time Labor dropped new taxes on the Queensland economy.

“Annastacia Palaszczuk has introduced nine new or higher job-destroying taxes since the last election and business confidence is in freefall.

“You can’t trust the Palaszczuk Labor Government to create jobs.

“Queensland still has one of the worst unemployment rates in the country and Annastacia Palaszczuk has no plan to fix it.

“Only the LNP has an economic plan to create jobs, build the congestion busting infrastructure a growing state needs and support our regions.

“Labor thinks they can tax their way to growth.

“LNP Leader Deb Frecklington has ruled out introducing any new taxes if elected Premier next year, but Annastacia Palaszczuk can’t give the same guarantee to Queenslanders.

“When Labor run out of money, they come after yours.

“Under Labor all you get is higher taxes, more debt, less jobs and less infrastructure.”

There’s better news from the Australian Bureau of Statistics’ analysis of the latest figures, with the actual number of people in work rising.

According to the ABS, nearly two out of three people are participating in the labour market

The trend participation rate increased to 66.0 per cent in June 2019.

“Australia’s participation rate was at 66 per cent in June 2019, which means nearly two of every three people are currently participating in the labour market, ” ABS Chief Economist Bruce Hockman said.

“The participation rate for 15 to 64-year-olds was even higher and closer to four out of every five people..

The trend unemployment rate remained steady at 5.2 per cent from a revised May figure.

Over the past year, trend employment increased by 329,000 persons (2.6 per cent) which was above the average annual growth over the past 20 years (2.0 per cent).

The trend monthly hours worked increased by less than 0.1 per cent in June 2019 and by 2.0 per cent over the past year. This was above the 20 year average year-on-year growth of 1.7 per cent.

Over the year, unemployment rates fell in NSW, Victoria, Western Australia and the ACT, and increased in Queensland, South Australia, Tasmania and the Northern Territory.

The seasonally adjusted participation rate remained steady at 66.0 per cent, and the number of persons employed increased by less than 1000 persons.

The net movement of employed in both trend and seasonally adjusted terms is underpinned by around 300,000 people entering and leaving employment in the month.