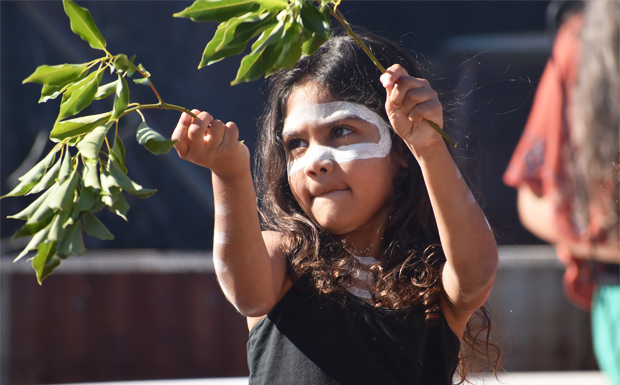 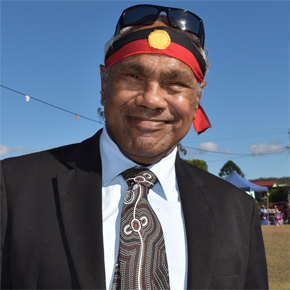 Cherbourg Mayor Arnold Murray did the Welcome To Country, thanked sponsors and handed out the Council awards

Singing, a smoking ceremony and lots of different types of dancing … a large crowd of Cherbourg residents and visitors celebrated NAIDOC Week with enthusiasm on Tuesday.

The event was organised by The Ration Shed in conjunction with Queensland Health and the Cherbourg Aboriginal Shire Council.

There were plenty of fun activities for children to explore as well as stalls selling artwork and pottery, information booths and a barbecue.

The main focus of the event was in Anzac Memorial Park, opposite The Ration Shed, but there were also activities and stalls in the grounds of the Cherbourg Hospital.

The Ration Shed historical complex was open for visitors although the main deck was reserved for Elders who enjoyed a special lunch prepared by volunteers.

Cherbourg Council and Darling Downs Health took the opportunity of the celebrations to present their annual awards (see below).

There was music in the park and on the The Ration Shed deck; dancing (traditional and not-so-traditional ….) and a talent quest for the younger members of the community.

Compere for the day was Aunty Lillian Gray, who was  tempted off stage at one point to join in the line-dancing.

In fact, ‘joining in’ was a main feature, with audience members joining in a number of performances.

On a more serious note, guest speaker Patty Bond explained the significance of the 2019 NAIDOC theme of “Voice, Treaty, Truth” and Cherbourg Health Service manager Tarita Fisher invited visitors to pledge support by signing a copy of the Uluru Statement From The Heart which will be framed and hung inside Cherbourg Hospital. 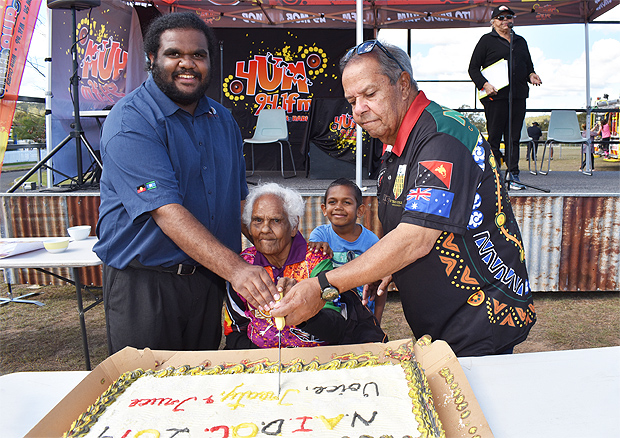 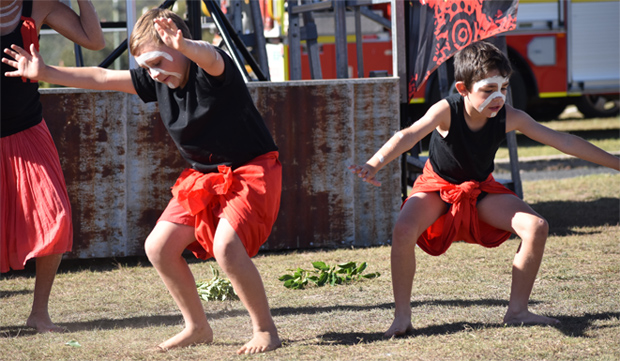 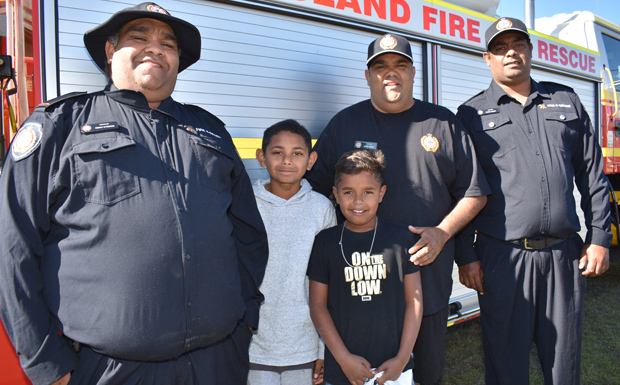 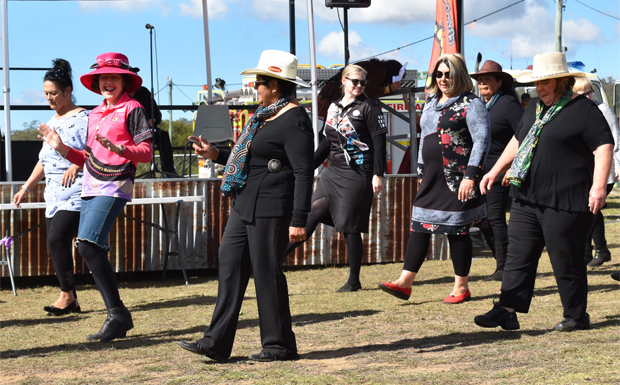 … and (possibly unfortunately) encouraged members of the audience to join in! 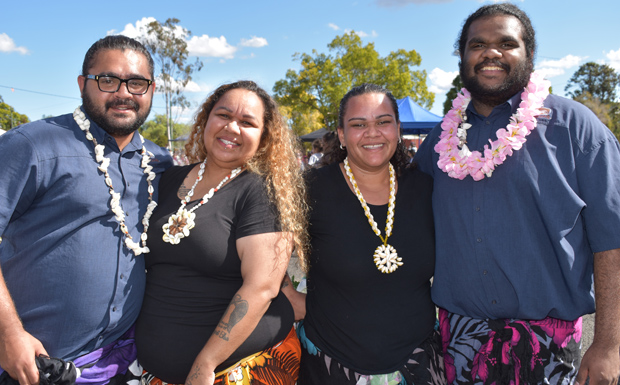 A Polynesian feel to the day came from a Wahine dance performance by Elgan Saunders, Luella Watson, Serina Tapau and Shane Dynevor 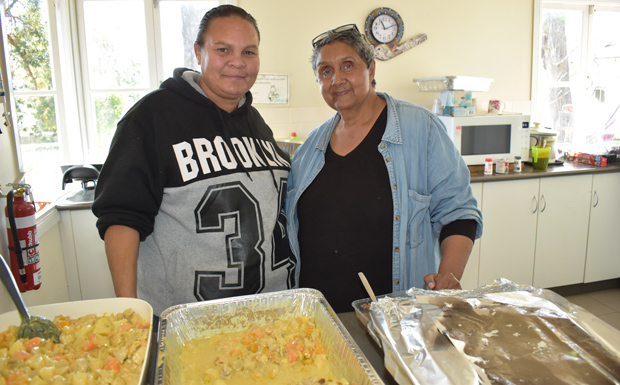 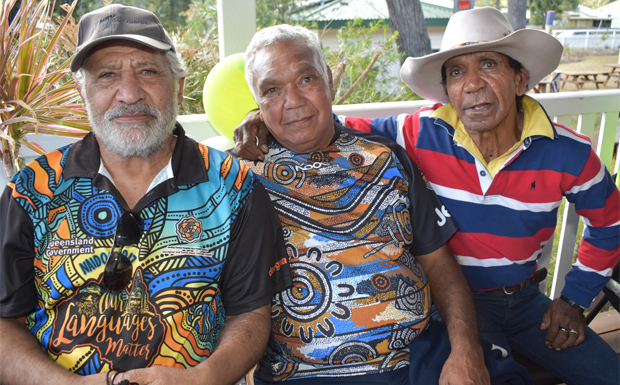 About to enjoy lunch were Michael Bond, Cecil McIvor and Stanley Mickelo 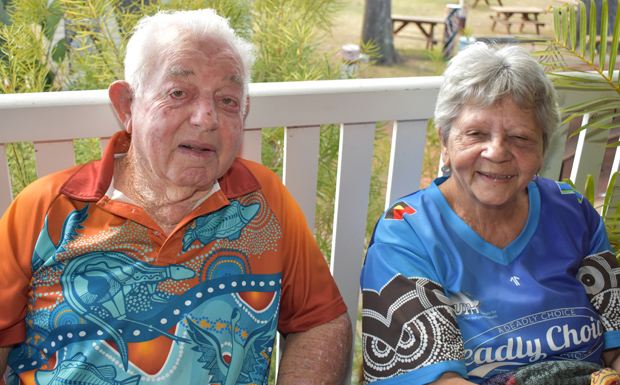 On the deck at The Ration Shed … Mel Mannion, from Gympie; and Marlene Munro, Hervey Bay

Cherbourg Council’s NAIDOC Awards for 2019 were announced from the stage by Aunty Lillian Gray and presented by Mayor Arnold Murray.

The NAIDOC Aboriginal / Islander Person for 2019 was Sylvia Bond who was recognised for being a strong advocate for Cherbourg children and families. 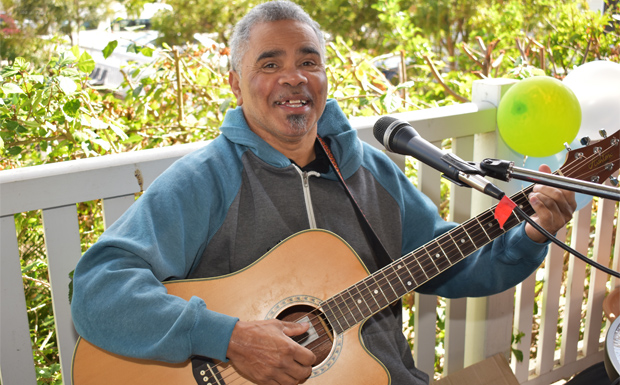 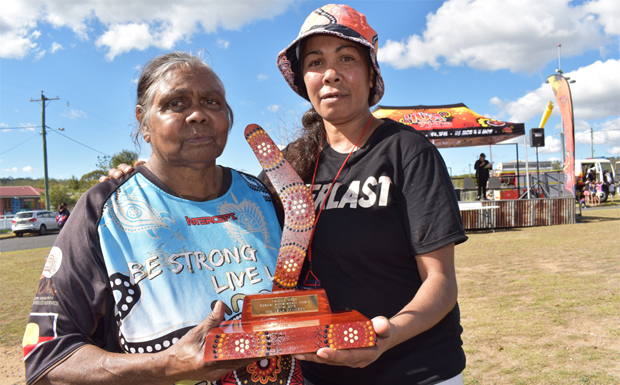 Leila Davidson, pictured with her daughter Elizabeth Davidson, received the Special Achievement Award for being a tireless caregiver, matriarch and role model for her family 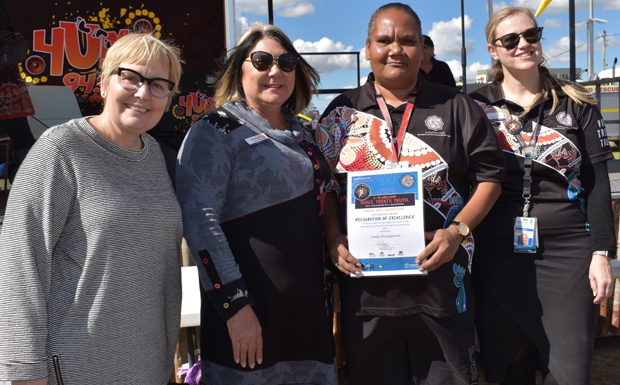 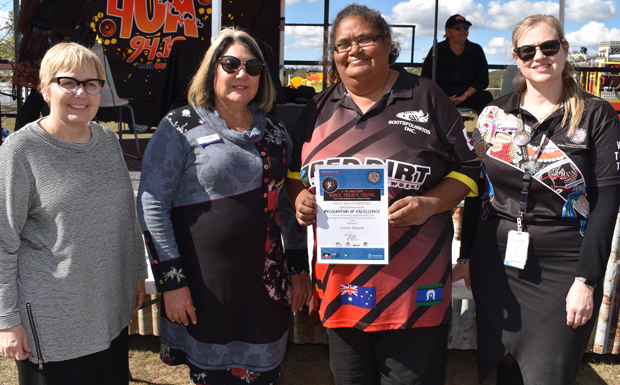 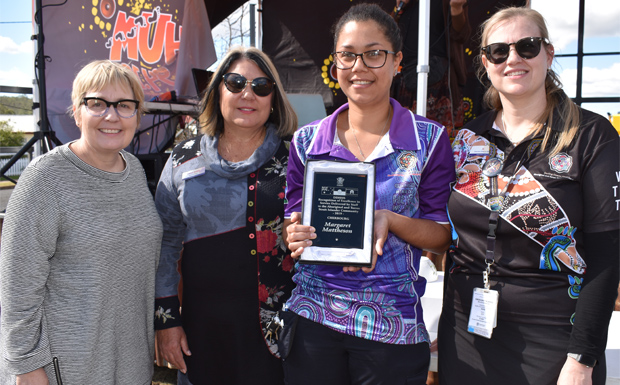