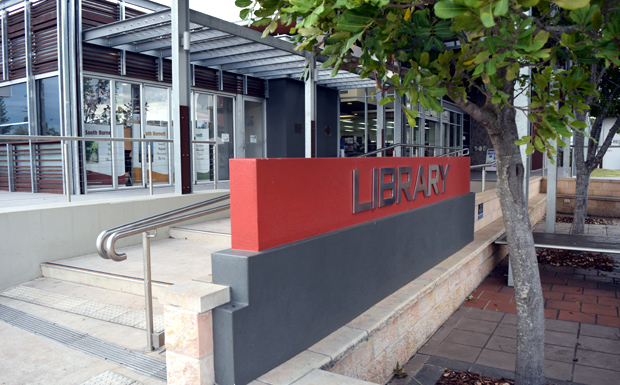 South Burnett Regional Council is expected to hand down an average 1.9 per cent rate rise this year, but individual rises could be larger

South Burnett Regional Council is expected to introduce an average 1.9 per cent rate rise when it hands down its Budget on June 24.

The rise will be the smallest overall rate increase since Council was formed in 2008 however, the amount households will actually pay will vary depending on property valuations.

Ratepayers who have received large increases in their land valuations this year could expect to face bigger bills.

Earlier this year, a report by Valuer-General Neil Bray said demand for cattle grazing and crop farming land in the South Burnett had led to a rise in rural valuations, in total by 29 per cent.

In last year’s Budget, most ratepayers faced an average 2.5 per cent rise when the former Road Levy was merged into the general rate.

However, some rural residents publicly complained they had experienced rises of up to 20 per cent – or even higher – due to the change.

Protest meetings followed as many of the properties facing the largest rises were in drought.

In August, Council relented and all ratepayers were given a six-week extension to the discount period to partially soften the blow of the rises.

Mayor Keith Campbell said on Tuesday that while the 2019-20 Budget had yet to be adopted by Council, he believed it would be passed.

The effect would be that Council’s total rates revenue would rise by 1.9 per cent in 2019-20 to offset CPI increases.

The Mayor forecast there would also be increases to water, wastewater and waste collection fees.

Last year, the Council committed a record level of funding to roads.

Mayor Campbell said he expected this funding would be maintained over the coming year. 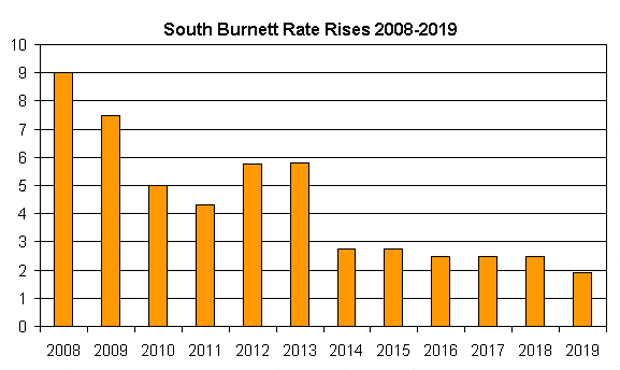 SBRC rate rises over the past 11 years have varied between 9 per cent (2008-09) and a forecast 1.9 per cent (2019-20); the major reason rate rises have been below 3 per cent the past six years was the introduction of the Road Levy in 2013, which was folded into the general rate last year

One Response to Council Rates Tipped To Rise 1.9pc