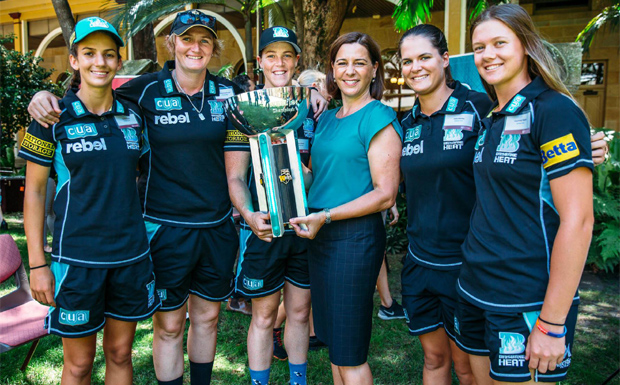 The MP passed on her appreciation at special function held at Parliament House on Wednesday for the winning Brisbane Heat women’s team.

Late last year, Sippel won a contract to play with the Heat in the WBBL and is currently part of their development squad.

Sippel has enjoyed a big start to the year.

After playing a key role in the winning Queensland U18 T20 team at the national championships, she was named in the Australian Under 19 women’s team which will tour New Zealand in March.

“It certainly has been a fantastic season for women’s cricket in Queensland,” Mrs Frecklington said.

“The South Burnett really does punch above its weight when it comes to cricketing representatives.

“It’s great to know that our female players like Courtney are continuing this tradition and participating at such high levels.”

The Heat took out top honours in this year’s WBBL competition, defeating two-time winners Sydney Sixers by three wickets in a sell-out match at Drummoyne Oval on Australia Day.

On TV, it was the most watched WBBL game ever, with a combined average audience of 479,000.

Mrs Frecklington is a patron of the team.