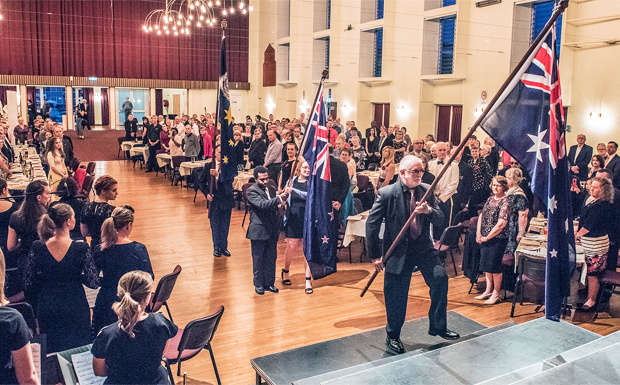 South Burnett Community Orchestra’s concert on Saturday night was one of the highlights of a big weekend of Armistice Centenary events in the South Burnett.

The “Commemoration Of 1918 Armistice” concert at the Kingaroy Town Hall featured performances by the orchestra and the orchestra choir … a total of 90 people.

The 264 guests were greeted by a quintet playing at the Town Hall doors as they took their seats.

As well as enjoying an evening of fine music and singing, the guests also dined on a three-course meal prepared by Judy Crawford.

The night began with a Parading of the Flags ceremony which included students from Kingaroy State High School.

Guest speaker Rear Admiral Brett Wolski, RAN, took to the stage in a break during the performances.

As it was a concert, he chose not to speak about war; instead, Rear Admiral Wolski focussed on the military’s association with music over the years, including the valuable role played by musicians entertaining the troops.

The evening also included a serious side … the Last Post, a minute’s silence and the laying of wreaths.

The audience then sat in silence as a slide show prepared by Nanango historian Liz Caffery was shown, depicting the World War I stories of so many South Burnett Diggers.

“It was a really special part of the evening,” Barry Krosch, from the Kingaroy-Memerambi RSL Sub-Branch, said.

The evening concluded with the orchestra and choir singing “We Still Call Australia Home”.

“Everyone was standing and singing,” Barry said.

The South Burnett Community Orchestra holds a concert every year, but this is the second time they have worked with the Kingaroy-Memerambi RSL Sub-Branch to commemorate a special event.

Their last effort with the Sub-Branch was “Soldier On”, held in 2015 to mark the centenary of the landing at Anzac Cove. 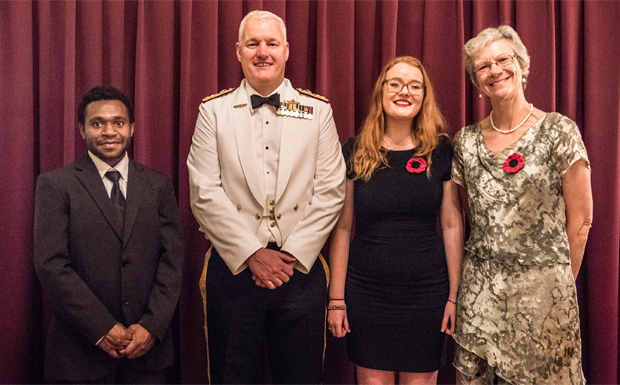 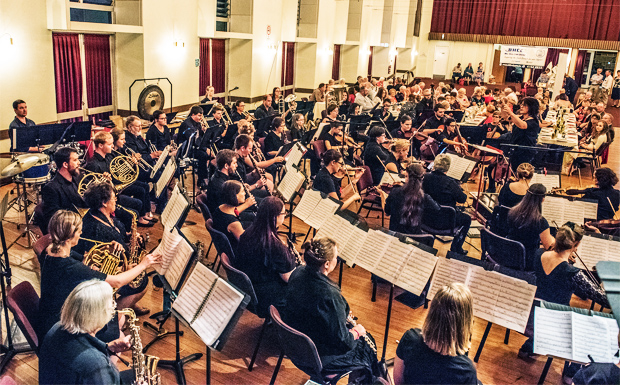 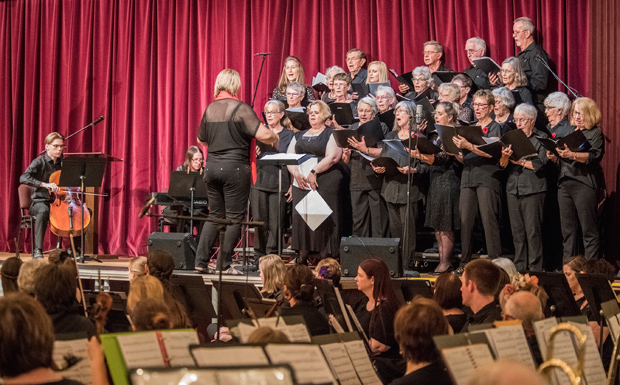 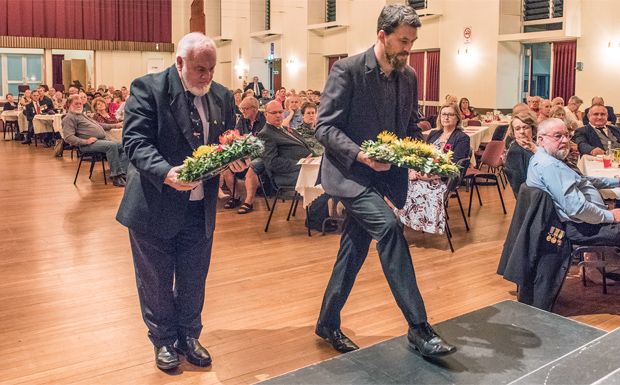