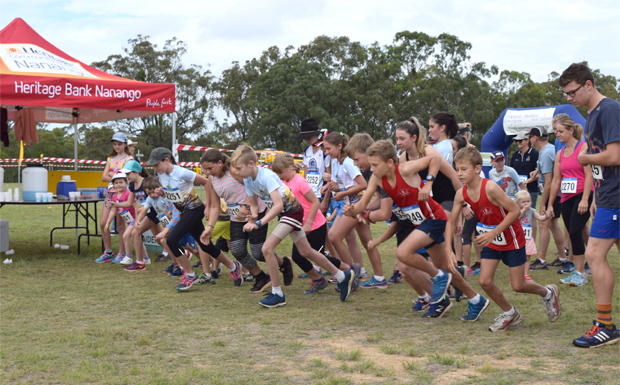 And they're off! A large number of children took part in the 2.2km run last year, including a number of local students from Tanduringie State School who've been practising the distance for months

The event is being held from March 30 to April 1.

It is the fourth year that the festival has been held at Maidenwell, and it is quickly becoming a popular event on the Australian running calendar.