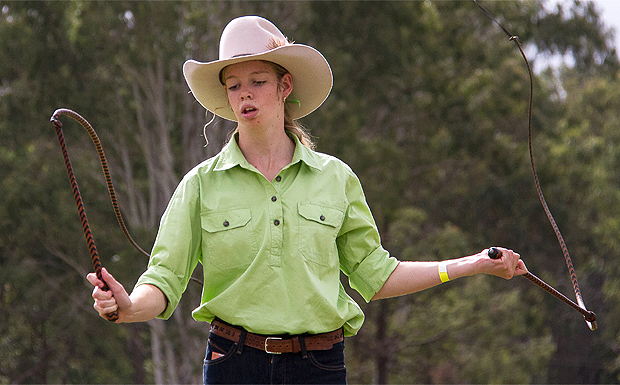 Gabby, who lives on a small property near Yarraman, won the Young Citizen Of The Year (Rosalie) Award and the Junior Sports Award (Rosalie).

Her nominations emphasised her fundraising activities as president of the Nanango State High School Student Council, her leadership skills, the role model she sets for younger students, positive attitude and continual striving for excellence.

She is also completing a school-based traineeship in vet nursing.

She is very involved in extracurricular activities at the school including the Queensland Volleyball Cup, Pony Club and riding at local shows where she has won a number of ribbons.

Gabby has also been competing and practising whipcracking for about six years and has competed at both State and National levels with top-ranking results.

She is a self-taught whipcracker and has spent extensive time practising and perfecting new cracks and routines, which she demonstrates at retirement villages, rodeo circuits and Girl Guide jamborees as well as in competitions.

She also has competed at the Ekka where she won the junior division.

Other Rosalie awards were presented to: