Emergency Meeting To Discuss
How To Save Wondai Cadet Unit 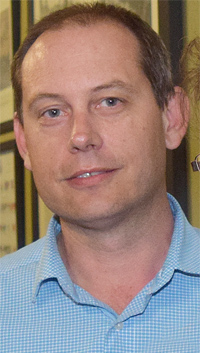 The future of Wondai’s cadet unit may be brighter that first expected but it is still up to members of the Wondai community to “save the unit”.

In the wake of Tuesday night’s meeting where a  recommendation that the Wondai unit be put on hold for 12 months was discussed, commanding officer Captain (AAC) Peter Schneidewin released a copy of a letter he wrote today to parents and cadets, South Burnett RSLs and “other interested community members” about Wondai’s 135ACU.

He has called a meeting on November 9 at Wondai as a last-ditch effort to keep the unit operating.

“As you may be aware a community meeting was held on Tuesday October 28 to discuss the future of cadets in the South Burnett. Due to the scheduled departure of me and the Training Officer the 2015 operations of 135ACU located at Wondai needed to be discussed.

At the meeting held by Lt Col. (AAC) Leigh Eagle the following was communicated:

As no members of the community had volunteered to staff 135ACU at Wondai the unit would be mothballed for a period of 12 months. The unit could possibly open in 2016 if staff had volunteered and undertaken the appropriate training during 2015. Existing cadets would be given the opportunity to transfer to 177ACU Nanango.

This of course is a large blow for the community with 43 cadets currently parading at 135ACU.

Myself and Sgt (AAC) Sampson feel there is an opportunity to save the unit from mothballing.

We are asking all interested parties to attend a meeting on November 9 at 9:00am at the Unit Depot located on Bramston Street, Wondai.

The key to this meeting is that some members of the community will need to volunteer to staff the unit.

The minimum but not ideal number will be two people, more would be better.

One of these people would benefit from previous military experience or emergency services-like training.

The future of the unit is in your hands and we are asking you to help save the unit.”

Earlier, the commanding officer of the Nanango unit, Captain (AAC) Liane Kerr, also wrote to cadets and parents, thanking them for attending Tuesday’s meeting and discussing the future of a merged Nanango / Wondai unit:

“Now we know the outcome of Nanango Unit and the merger of 135 Cadet unit, there will be a substantial increase in workload for the staff of 177 ACU.

I have already spoken to Capt Mochrie from 10 Battalion HQ and he has assured me there will be ongoing support from this HQ next year, in particular the first couple of months.

A couple of people have already stepped forward offering their assistance for admin, which I am thankful for. Appropriate paperwork will be forwarded to them in the next week.

For the start of next year it will be business as usual with an increase in cadets and new parents. I am sure the Parent Support Group will welcome the parents with open arms.

This is not another unit joining us and shutting its doors, but the positive effect of a community cadet unit representing the South Burnett with room to grow.”

So … watch this space!