Have A Say On Biosecurity Laws 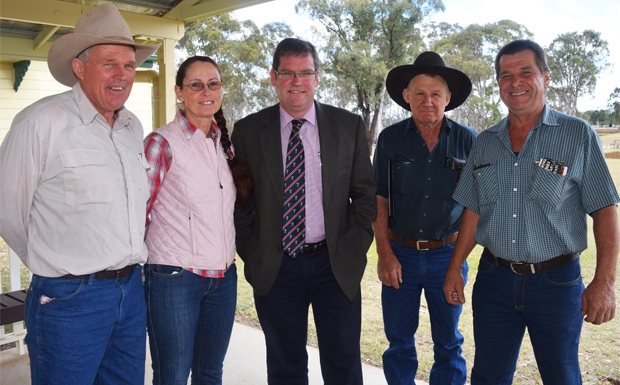 Farmers, landowners and community members have been invited to comment on new biosecurity regulations, including proposed changes to the way of managing cattle ticks.

“The legislation serves to safeguard not only agricultural businesses, but also the environment and our Queensland lifestyle,” Mr McVeigh said.

“I encourage Queenslanders to consider the regulations and provide comment as part of the consultation which is open until 5:00pm, on Friday, November 21.

“This is an opportunity for Queensland to modernise laws that’s well overdue, with some of our biosecurity rules being in place for more than a century.”

Mr McVeigh said Queensland was at the frontline for preventing animal and plant pests and diseases entering Australia and needed to maintain its reputation for high biosecurity standards to ensure unfettered access to export markets.

“The new Act will streamline processes, reduce red tape and improve service delivery. Most importantly, it acknowledges biosecurity is a shared responsibility, and provides flexibility for individuals to manage their own, everyday biosecurity risks.

“However, before the Act can commence, existing regulations must be reviewed, which is what we are seeking feedback on through a Regulatory Impact Statement.”

Mr McVeigh said some of the requirements in the current regulations would be maintained, but others would be removed as they were no longer necessary.

“New ways are proposed for managing banana and mango pests, cattle ticks, bee pests and there’s a fee for property registration,” he said.

“The options outlined in the Regulatory Impact Statement were developed in consultation with industry over many months, with the costs and benefits of each option now detailed for wider community consideration.

“Feedback will help shape the future of biosecurity in our state, so it’s important we hear from a diverse range of groups and individuals throughout Queensland.”

One Response to Have A Say On Biosecurity Laws