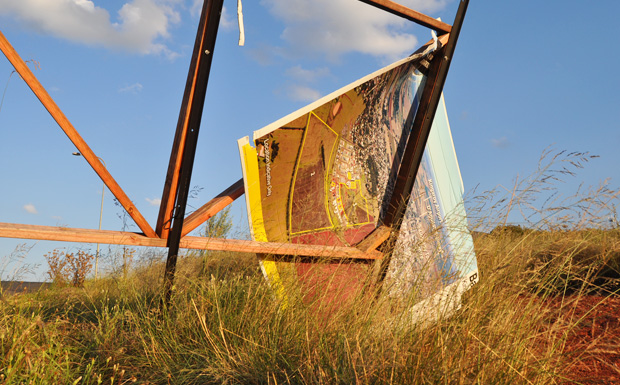 With the Sunnyvale project effectively stalled, and the adjoining development in Poinciana Ave apparently still in the hands of receivers, it doesn't appear likely that the proposed new housing estates on the northside of Kingaroy will be getting underway any time soon

The South Burnett Regional Council today voted to turn down a $3.7 million Federal Government grant to build a road through the proposed Sunnyvale real estate development in Kingaroy.

The Council will instead ask CEO Ken McLoughlin to notify the Department of Families, Housing, Community Service and Indigenous Affairs (FAHCSIA) that it intends to withdraw from the funding agreement.

Council said it was doing so because the project’s developer was unable to provide sufficient security to ensure the completion of 250 lots, covering the SBRC’s potential liability under the agreement.

The decision may spell the end of the Sunnyvale project in its present form if the developers are unable to raise the millions of dollars the roadworks would require.

It could also set back the project by between 10 to 15 years. 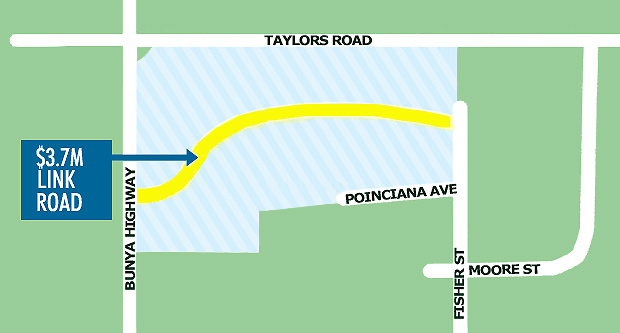 The Sunnyvale link road which the SBRC will no longer build

The Sunnyvale development is the largest land development in the region and was approved by the South Burnett Regional Council in 2009.

It was brought to Kingaroy by Tapwood Developments, who proposed building 439 Residential A and B lots along with a business centre, shopping centre, tavern, motel, motorhome park, childcare centre, over-50s “lifestyle resort” and aged care centre.

It was to be built on land bordered by the Bunya Highway, Taylors Road, Fisher Street and Poinciana Avenue.

Soon after the development was approved, however, the developers ran into funding difficulties caused by the global financial crisis.

To break the deadlock, in late 2010 the Council encouraged the project’s developers to seek a grant from the Federal Government to help move the project forward.

At its July 18 meeting, councillors were told that FAHCSIA had agreed to provide a $3.7 million Affordable Housing grant to assist the project on the proviso that Sunnyvale’s developers offer 250 Residential A and B lots at a discounted price to help young couples and first home buyers enter the market.

The Affordable Housing grant is part of a $450 million, five-year national program being run by the Federal Government to help reduce the cost of new homes for homebuyers by assisting with infrastructure costs.

At the July 18 meeting the Council was split on whether it should accept the FAHCSIA grant or not.

There were also fears that local builders, real estate agents and other property developers would be adversely impacted by such an abundant availability of cheap properties, so the Council voted to hold a public consultation meeting before arriving at a final decision.

That meeting was held on July 23 – where these concerns and several others were raised – before the Council narrowly voted to proceed with the matter at a special meeting held two days later.

Speaking after today’s closed-session vote to reverse the July 25 decision, Mayor Wayne Kratzmann told southburnett.com.au he was personally sorry the Council would have to turn down the $3.7m grant to build the road.

However, he felt that there was no other responsible course of action.

“We’ve been holding meetings with the developers ever since July,” he said, “but we were unable to reach an agreement with them which would protect the interests of ratepayers.”

He said that if the SBRC had taken up the grant, the council would have had a $3.7m liability to discharge with the Commonwealth.

And because the developers were unable to provide Council with satisfactory security to ensure the completion of the 250 lots – either in the form of a bank guarantee or a first mortgage over the land – councillors felt they had no other choice than to withdraw from the project.

The Mayor said while this would likely mean that the development would now be delayed by between 10 and 15 years, he was confident it would still proceed at some time.

“It’s already been approved and it’s shovel ready,” he said.

“All it needs is proper funding to get going.”

southburnett.com.au attempted to contact Tapwood Developments today for comment but the company’s phone line was disconnected and its former web domains are no longer registered.