It’s The Month For Moustaches 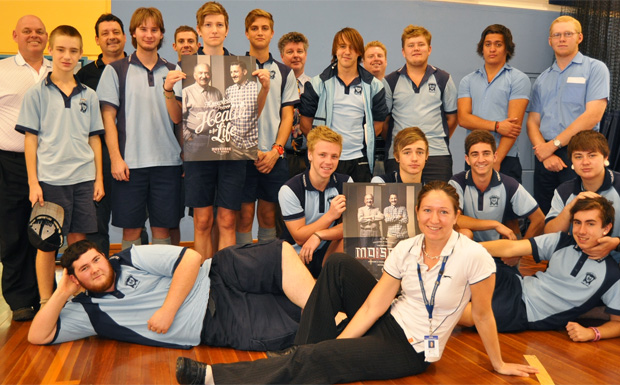 It’s Movember! The time of year when many men choose to grow hair on their top lip.  But this year, there’s going to be quite a few high school students in Kingaroy aiming to join them …

Movember is an annual fundraiser for the Prostate Cancer Foundation of Australia, Beyond Blue and various men’s health education awareness initiatives run by the Movember Foundation.

The concept began in Melbourne in 2003 with just 30 participants;  it is now an annual event in 15 countries and last year had 854, 288 registered moustache-growers.

Kingaroy State High School students – and teachers – will be joining in the fun this year for the first time.

They have raised a little over $500 in just a few days, so they’re hopeful their target will keep on growing (much like their “mo”s).

“Many people don’t realise that close to 3300 men die of prostate cancer annually which is equal to the number of women who die from breast cancer,” she said.

The school’s Movember project will end with a “Shave Off” on November 30 at the school. The winner of the “best grown moustache” will also be announced.

Donations to support the school team can be made via the official Movember website:  click on “Donate” in the main menu and search for “Kingaroy SHS”.

PS.  Movember is also the reason why some other well-known local residents have begun sporting moustaches, including Jason Frecklington (from Gloria Jean’s Coffees) and Cr Damien Tessmann. There are also teams at Nanango RSL, Kingaroy Plumbing Works and Yarraman Pharmacy.