Why Stanwell Shut Down Two Units 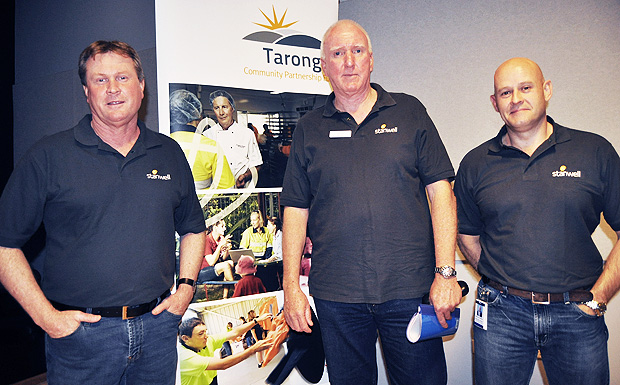 Stanwell CEO Richard Van Breda admitted his corporation had been “pretty topical” over the past few weeks when he fronted a Community Stakeholder meeting held in Kingaroy on Wednesday night.

However his message to his audience was simple: Stanwell had no choice about its recent decision to put two generating units into “cold storage” – and the related loss of jobs at the power station and mine – because there was simply too much electricity being generated in Queensland, and not enough being used.

It seems the message to turn off lights, reset air-conditioning levels and most importantly, go solar, has had flow-on effects.

This, plus the opening of the Kogan Creek power station in 2007 and various gas projects, has led to a massive over-capacity of power generation in Queensland.

The stakeholder meeting was organised by Stanwell so that community and business leaders, councillors, industry representatives and invited guests could learn more about current operations at the local Tarong power stations and quiz Stanwell executives.

Mr Van Breda, who was officially confirmed in his role in July, said Stanwell was the largest electricity generator in Queensland with a total generating capacity of more than 4000MW spread across 11 sites.

Stanwell also has more than 1000 full-time equivalent employees plus another 300 employees via Downer EDi at Meandu.

He said the average available generating capacity has increased by more than 70 per cent in recent years. There was now more than 12,000MW of capacity available, however peak demand was just 8707MW.

And, of course, excess electricity cannot be stored.

“It is a very real-time market,” Mr Van Breda said. “We bid into the market every five minutes.”

He said Stanwell had a responsibility to make commercial and marketing decisions so that it can provide a dividend to its shareholder (ie the State Government).

Mr Van Breda said there had been a drop off in wholesale electricity prices over the past five years but costs had not done the same.

The average cost of wholesale electricity last year was $29.07 per MWh, however Stanwell had needed a price of $45.50 to cover all the costs of the business … and that was before the introduction of the carbon tax.

He said the wholesale electricity market was very tough, particularly as Stanwell had to compete with subsidised forms of power generation, including gas-fired stations such as Braemar, and solar panels.

And solar power is a social inequity: “People who can afford it will put it in; people who can’t, pay for it through their electricity prices.”

As well, because prices of electricity were going up for consumers, “people are a lot more considered in the way they use electricity”. However, the power generators only amount to about 30 per cent of this end-price.

Mr Van Breda said market growth forecasts by the Australian Energy Regulator had been revised from 4.5 per cent to 2.5 per cent which means “new capacity” in generation won’t be required now until 2020.

These were the facts that had led to the decision to shut down the two units at Tarong.

“We believe there will be roughly 64 positions that will be impacted across the site,” Mr Van Breda said.

He repeated that there would be “no forced redundancies” as part of this program.

“People are not being thrown out on the street,” he said.

Consultations had begun “with our people” and the unions to identify the roles that were no longer required.

However he emphasised that Stanwell was here to stay in the South Burnett for the long-term.

“It’s better we operate three units than no units …” he said.

“This decision is about having an operation for the next 15 years, not the next five.”

Mr Van Breda said the transition of the handover from Thiess to Downer EDi at the Meandu mine was progessing well.

However reduced coal consumption had brought forward the need to revert back to a three-fleet operation, which meant about 40 positions were no longer required at the mine. Another 30 roles had been identified during restructuring.

General Manager Mining Operations Bob Rutten said the 4th fleet had originally been going to continue until June but “if you don’t need the coal, there’s no point in digging it out of the ground”.

He said the Kunioon mine was still part of Stanwell’s long-term fuel strategy.

“Coal supply is not an issue, contrary to what some people have been spruiking in the community,” he said. “We’ve got heaps of the stuff.”

He said the dragline shutdown was still going ahead, which was a $52 million investment on top of $22 million spent 18 months ago.

“Stanwell is still investing heavily in this mine. This is a 25-year job for this machine. Stanwell is not going anywhere,” he said. 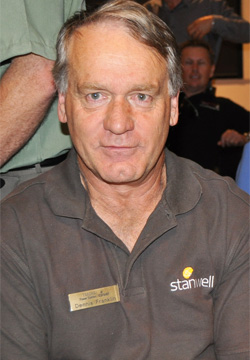 Tarong Power Stations Site Manager Dennis Franklin said the overhaul of Unit 1 at the power station started on October 5 and there were more than 300 contract personnel plus regular staff involved (there were 560 people on site on Wednesday).

This overhaul should be completed by the end of November and the unit should run for a couple of years before it needs another shutdown.

Mr Franklin said Unit 2 – which used to hold the Guinness World Record for longest continuous operation – was turned off the system on Tuesday.

Unit 4 will be turned off on December 10 (as long as Unit 1 comes back on time).

They will be thoroughly vacuumed to remove ash and all the boiler tubes will be drained and filled with an inert gas to stop the components from deteriorating.