“Take the time to let someone know” … this is the message from Queensland Police during this year’s Missing Persons Week.

An average of 15 people are reported missing each day in Queensland, ie almost 6000 a year.

“We have long-term missing persons that date back to the 1970s but we also have people who are reported missing and located within just an hour or two,” Detective Superintendent Brian Wilkins of the State Crime Operations Command’s Homicide Investigation Group said.

“In the large majority of short-term missing persons cases, it is just a simple mix up or a lack of communication that has led to them being reported missing.

“By taking the time to let your family or friends know you are running late or have changed your plans, we can prevent these reports and the stress these incidents can cause.

“Letting someone know can be as easy as picking up your mobile and sending a quick text message. While we are all quite busy and are often short of time, this only takes a couple of seconds and is certainly worthwhile for the distress it can prevent.”

The week is co-ordinated by the Australian Federal Police and aims to raise awareness of the significant issues associated with missing persons in Australia.

It is also aimed at encouraging the public to contact police or Crime Stoppers with any information that may assist in helping to locate a missing person.

“It is very important to understand that while we are hoping to reduce the amount of unavoidable missing persons reports, we continue to reinforce our message that if you do have genuine reason to suspect a person missing, you should call police immediately,” Det Supt Wilkins said.

“If you have information or fear for a person’s safety or wellbeing, then it is important you contact us as soon as possible.”

A missing person is defined as anyone whose whereabouts are unknown and concerns are held for their safety or welfare.

“We locate 99.65 per cent of missing persons and most people are located within the first few days. While eventually some do get added to the list of long-term missing persons cases or are found to be homicides or non-suspicious deaths, we continue to work on locating any person that remains outstanding.”

Tayla Blent, Marsden: Tayla Blent, 13, and previously of the Gold Coast was last seen in the Logan Central area on May 16, 2012. She is described as being Caucasian, approximately 170cm tall, with a pale complexion and long dark hair. She was last seen wearing a black knitted jumper, navy blue leggings, and a pair of black lace up ankle boots. Police hold concern for Tayla’s welfare and believe she may be in the Logan or Gold Coast areas.

Kea Callcut, Brisbane: Kea Callcut, last seen at her home in Sunnybank on March 2, 2002. Kea was 20 at the time of her disappearance and is described as being 170cm tall, solid build with a light complexion, long brown hair and brown eyes. 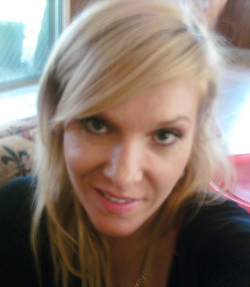 Ms Greer is described as being of Caucasian appearance, 178cm tall with a proportionate build, blue eyes and shoulder length blonde hair.

At the time of her disappearance she was wearing a floral skirt, an orange off-the-shoulder top and leather slip-on sandals.

Tina was travelling in this maroon Commodore

Ms Greer has a distinctive coloured tattoo of a snake and flowers on the top of her left hand.

Anyone with information which could assist police with their investigations should contact Crime Stoppers anonymously via 1 800-333-000.