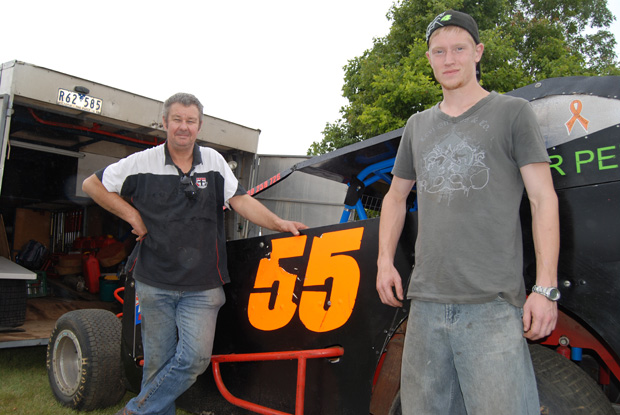 Trevor Perry, pictured with Dylan Beljohn, travelled all the way from Victoria to compete in the Qld Dirt Modifieds title. Unfortunately, they were unsuccessful ...

Only eight cars made it home to the chequered flag.