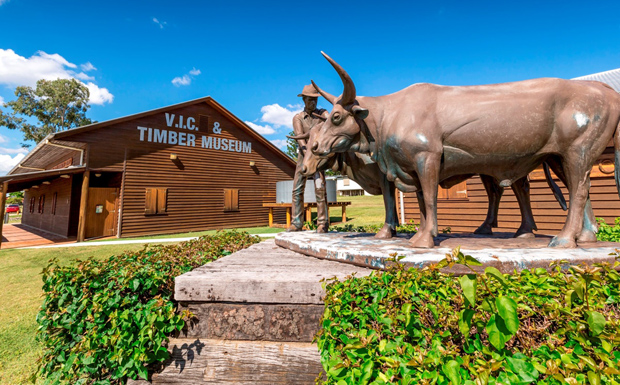 The Wondai Business Networking Group will have to incorporate before it can join the South Burnett Regional Council’s Tourism Advisory Committee (TAC).

At the TAC’s last meeting for 2019, the Wondai group was ruled ineligible because it was currently unincorporated.

The group’s status will be reassessed in June 2020.

In the interim, their members’ interests will be represented on the advisory committee by the Murgon Business and Development Association and the Visit South Burnett Local Tourism Organisation.

The meeting was told the Wondai Business Networking Group, which was established in the second half of 2019, was evolving into a replacement for the now-defunct Wondai Chamber Of Commerce.

The South Burnett’s annual investment in Brisbane’s Regional Flavours food and wine festival has not paid off for the region’s wineries.

The TAC was told feedback from local participants was that the cost of attending Regional Flavours was high and the long-term benefits were negligible.

The SBRC has supported Regional Flavours since its inception 12 years ago.

The event – billed as “Queensland’s premier food and wine festival” – is held at South Bank over two days each July.

The TAC has queried data from Tourism Research Australia (TRA) which claims there was an increase in South Burnett visitor numbers and spending during 2019.

Visit South Burnett disputed this, saying TRA’s figures bore little resemblance to the experience of local tourism operators, who found both visitor numbers and visitor spend had dropped in 2019.

Council also saw a big decline in bookings at Yallakool and Lake Boondooma during the same period.

VSB said the region would be better served if accommodation data could be gathered directly from South Burnett operators.

The Council resigned from SQCT in August 2017 amid concerns it was getting little value for its $60,000 annual membership of the Toowoomba-based organisation.

Instead, the Council applied the money to its own Discover South Burnett tourism marketing efforts.